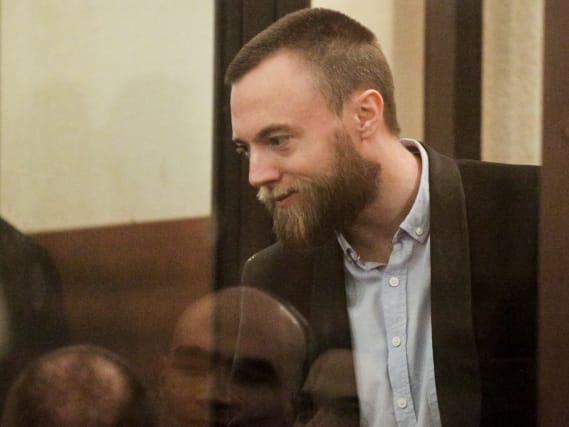 Speedboat killer Jack Shepherd will remain in custody in Georgia for three months ahead of extradition proceedings after telling a court he was “suicidally depressed”.

The 31-year-old web designer, appearing at Tbilisi City Court on Friday, said the decision to go on a speedboat date on the River Thames in London with Charlotte Brown was his “greatest regret”.

Shepherd, who was convicted of killing the 24-year-old in his absence six months ago, intends to contest his extradition, the court heard.

Assisted by an interpreter as he sat in the dock, the court heard Shepherd, who arrived in Georgia in March last year, speak of his regret at missing his trial and the impact on Ms Brown’s family.

He said: “Not a single day passes when I don’t think about the loss of Charlotte’s life and the effect this has had on her family.

“Some time after the accident I felt suicidally depressed at what had happened.

“That’s why I’ve been unable to speak about it.”

One of his defence lawyers said Shepherd should not be extradited because he was warned in a phone call that his life might be in danger if he goes to a UK jail.

As he addressed the court, Shepherd, who has been working in Georgia, revealed he wished he had sat down with Ms Brown’s family and explained what had happened.

“I can see that not to have done so has caused them great pain and suffering,” he said.

“I’m very sorry for that and that’s why I handed myself in now just to draw to a close this horrible accident and all the terrible consequences.”

The court also heard that Shepherd has alcohol dependency and wants to conduct the appeal against his conviction from Georgia.

He surrendered himself at a police station in Tbilisi, Georgia’s capital, on Wednesday. Wearing a long beard and a smile, he was flanked by lawyers and gave an interview proclaiming his innocence.

Ms Brown, from Clacton-on-Sea, Essex, died after plunging into the icy waters of the Thames when Shepherd’s boat crashed during a Champagne-laden date in December 2015.

He was sentenced to six years in jail but remained at liberty.