Pensioner likely to die in jail for murdering estranged wife 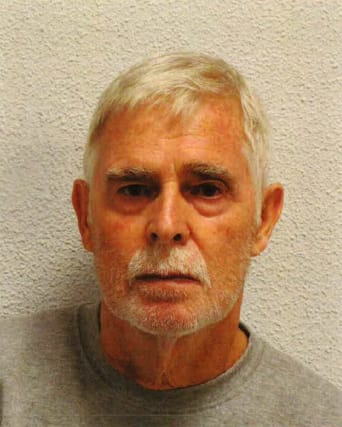 A pensioner who murdered his estranged wife after she left him for an old flame via Facebook is likely to die behind bars.

David Thomas, 74, lay in wait and stabbed 69-year-old Sheila Thomas with a kitchen knife and bludgeoned her with a lump of wood at the family home in Herne Hill, south London.

The killing on July 24 last year came a month after Mrs Thomas, a mother of five, left her husband of 50 years for a man she had known as a teenager.

The court heard how Mrs Thomas had a fling with Victor Cassar in 1975 and they got together again after he sought her out on social media.

When the defendant found out, he had insisted his wife should move out of the family home in June 2018.

She returned to pick up belongings, believing Thomas would be out, the Old Bailey was told.

A jury convicted Thomas of murder after rejecting his claim he lost control after his wife told him two of their children were not his.

Jailing him for life with a minimum term of 15 years, Judge Richard Marks QC told him: “This has been a truly tragic case for the entirety of your family.”

He said the impact on them was “heart-rending in the extreme” and led to “divided loyalties”.

“I’m sure in your over-wrought state you lost your temper and took that knife to the bedroom where you used it to stab her a number of times, including twice to the chest and to the head and struck her with a stick with sufficient force to break it.”

He said injuries that the defendant suffered were all self inflicted.

About a week before the murder, the defendant had asked a friend whether he could get a gun for him, the court heard.

But the judge said he could not be sure the defendant wanted to shoot his wife, saying it was possible he was thinking of suicide.

On the day of the killing, a neighbour heard a male voice coming from the address angrily shouting “tell me where you live”.

A woman’s voice responded “let me go, let go of me”.

The neighbour then heard the man threaten to break her neck.

When police arrived at the scene, Thomas opened the door wearing a blood-soaked T-shirt and shorts, the court heard.

Giving evidence, Thomas told the court: “She said ‘I don’t love you, I don’t know why you are worried about me, I have never loved you.'”

She told him she “detested” having sex with him and that she should have left him years ago, the court heard.

“She said ‘I will tell you something now you don’t want to know… you are not the father to two of your daughters,’” Thomas said.

Members of the Thomas family wept in court as he was sent down.