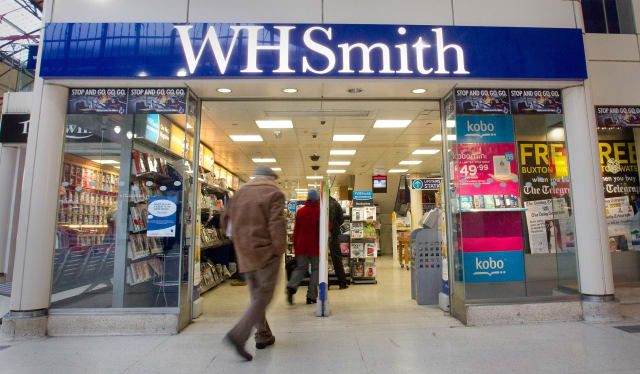 WH Smith reported a 2% fall in high street like-for-like sales in the 20 weeks to January 19 – in line with trading in the first eight weeks – but saw a 3% rise in comparable sales across its larger travel division.

“Looking ahead, whilst there is existing uncertainty in the broader economic environment, the group is well-positioned for the year ahead and beyond,” he added.

A 16% rise in total travel sales was helped by its purchase of US digital accessories retailer InMotion, which completed in November, and the group said integration was “progressing well”.

InMotion continued to notch up the strong sales momentum seen before the takeover, added WH Smith.

It also added it was making “good progress” on cost savings aims outlined in October, with another £9 million earmarked for 2018-19.

WH Smith announced a restructure to shut a handful of UK high street stores and call time on new initiatives, instead focusing on growth opportunities for its chain of stores based at airports and railway stations.

Mansion once home to British politician converted into a house-share

Coronavirus evacuee: ‘Fantastic’ to be freed after 14-day quarantine