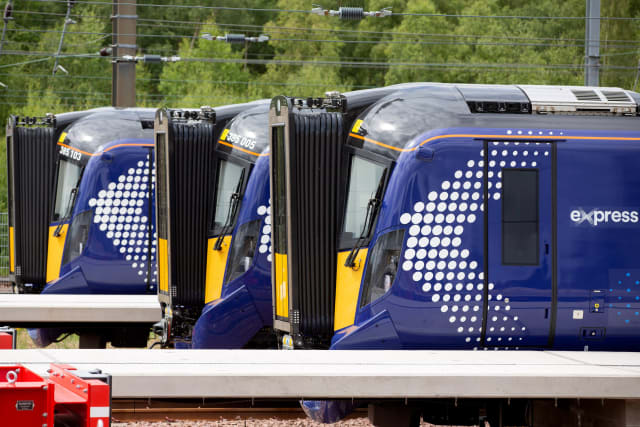 One in four commuters on ScotRail services find travelling “frequently stressful”, according to consumer body Which?

Its latest rail survey also suggested nearly one in five (18%) had missed out on time with family and friends, while a 10th of passengers faced additional childcare costs because of train delays.

ScotRail was rated poorly in a number of categories, with commuters giving just two stars out of five for punctuality, reliability, toilet facilities and value for money.

Customer service and condition of carriages were both marked three stars.

Alex Hayman, Which? managing director of public markets, said: “It’s clear that ScotRail passengers aren’t at all happy with the service they’re receiving on a daily basis.

“If faith in the company is to be restored, it must listen to passengers who have too often been an afterthought.

“ScotRail’s improvement plan must deliver results that work for passengers and address the chronic issues identified in our survey.”

Scottish Labour’s transport spokesman Colin Smyth called for a reduction in fares as a result of the report.

He said: “It really is a case of ‘ScotFail’ in the eyes of Scotland’s hard pressed passengers.

“The SNP should use the current budget process to deliver a fare cut for passengers and back Labour’s call for public ownership of our railways so we have a transport system that works for the many.”

“Strict targets on performance and punctuality should be properly adhered to and enforced. It’s time to show some leadership.”

Scottish Liberal Democrat transport spokesman Mike Rumbles MSP said: “The Scottish Government had an opportunity to put this right in the autumn but ministers were more concerned about bad publicity than addressing passenger needs.

“Instead of warning Abellio ScotRail of fines and a withdrawal of the contract unless rail performance improved, it decided the company would have a free pass to ignore penalties for missing targets until June 2019.

“It is no good blaming Network Rail, which operate across the whole of the UK, when it is only ScotRail that is plummeting in the UK rankings.”