Primary one national test data could be ‘invalidated’, academic warns 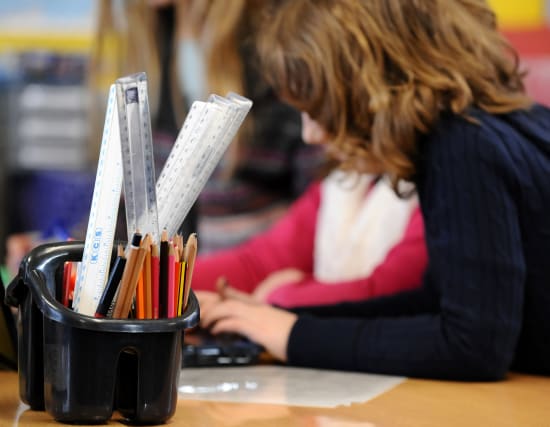 Nationalised data from controversial tests for primary one pupils could be “invalidated” by the way they are carried out, an academic has warned.

Holyrood’s Education and Skills Committee heard the tests could be carried out at different stages in the first year of primary school and with or without giving pupils practice.

He said: “I would say it would invalidate it. It’s too big a variation at that age.”

But the new test is more reliable, neutral and free of bias than anything used previously in Scotland, he added.

Prof Paterson also questioned the decision to scrap surveys used to measure national educational progress, such as the Scottish Survey of Literacy and Numeracy (SSLN) and its predecessor.

He said the only survey left is the Pisa international rankings of 15 year olds and this means it is “impossible, at present, to know reliably if we are closing the attainment gap” due to lack of valid data.

Scottish National Standardised Assessments (SNSA) were introduced by the Scottish Government in an effort to close the attainment gap in schools.

Prof Paterson and the two other educational experts on the panel agreed an enhanced SSLN would help measure progress on the attainment gap.

Keir Bloomer, the Royal Society of Edinburgh’s education committee convener, said it was “puzzled” by the decision to abolish the SSLN.

He said: “We think the idea of a sample survey, which is what SSLN was, is not incompatible with universal assessment of the kind that the new SNSAs provide and we do not see what the rationale for abandoning it was.

“It would be perfectly possible to run both systems in parallel.”

The Scottish Government has faced calls to drop the tests amid claims some primary one pupils were left crying by the “unnecessary and cruel” assessments.

Earlier this year Holyrood voted to halt the tests for primary one children but the result was not binding on the Government.

Education Secretary John Swinney has since announced an independent review of national testing for the youngest pupils.