How did the Tesco accounting scandal unfold and who are the trio in court? 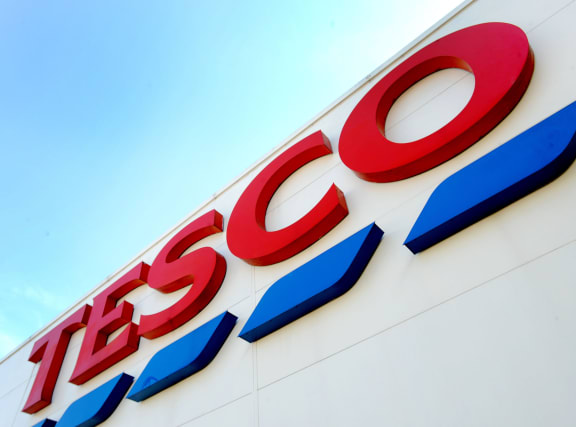 News of Tesco’s accounting scandal sent shockwaves through the City in 2014 and raised serious questions over how a FTSE 100 firm could get away with “cooking the books”.

The grocery giant issued a series of profit warnings in the run up to the September announcement about overstated profits as the group reeled under the disastrous reign of then-chief executive Philip Clarke.

Mr Clarke, who left the retailer just before the scandal, presided over a tumultuous period for Britain’s biggest retailer, in which market share slumped as Tesco came under pressure from discount rivals Aldi and Lidl.

The bombshell disclosure came on September 22, when the company admitted that issues uncovered in its UK food business meant it was likely to have overstated profits by £250 million.

The revelations wiped £2 billion off the supermarket’s share price in one day, and the overstatement was later revised up to £326 million.

Tesco ordered an immediate review into the errors, undertaken by Deloitte and law firm Freshfields, but the damage had already been done.

To compound matters, the scandal contributed to Tesco’s £6.4 billion loss in 2015, one of the largest in corporate history.

In 2017, Tesco reached an agreement with authorities over the scandal that saw it pay £85 million in compensation payouts to investors and £129 million in fines and costs.

The Deferred Prosecution Agreement (DPA) with the SFO saw the company escape prosecution but book a total hit of £235 million.

The trio stood accused of being involved in a “white-collar crime” plot and were charged with fraud by abuse of position and false accounting.

The prosecution claimed that Tesco and the stock market’s credibility had been “undermined” and alleged that they had “cooked the books”.

All three maintained their innocence and have been acquitted.

Dave Lewis, Mr Clarke’s successor as Tesco chief executive, has attempted to move the group on from the scandal.

He has said the firm is doing everything possible to “restore trust” after seeing the brand suffer.

He said previously: “What happened was a huge source of regret to all of us at Tesco, but we are a different business now.

“The decisions over the last years are evident to all and the job now is to keep this momentum.

“I am pleased with how our colleagues have responded and that has allowed us to rebuild the business since 2014.

“The brand was affected by the announcement back in 2014, that is clear.

“I think everyone will recognise that there is nothing here to be proud of, but I am proud that we faced into it.

“The situation was real and I hope people will respect Tesco for facing a difficult situation and dealing with it in the manner in which it has.”

Who are the men that stood trial?

Carl Rogberg, Christopher Bush and John Scouler were charged with one count of fraud by abuse of position and one count of false accounting.

The trio worked under former chief executive Philip Clarke, who will not face any charges linked to the scandal.

Tesco’s former finance director joined the supermarket in 2007 and held down numerous roles including at its Thai unit.

A graduate of the Stockholm School of Economics, he was also finance director at Kraft Foods between 1996 and 2000.

During the trial, Mr Rogberg’s lawyer denied that he had bullied colleagues, as alleged by the prosecution.

He also claimed that Mr Rogberg was “outside the circle of knowledge” of a report prepared in the run-up to the scandal coming to light.

His trial was abandoned last year after he suffered a heart attack and he was too ill to face a retrial.

The 51-year-old lives in Chislehampton, Oxfordshire.

Managing director at the time of the scandal, Mr Bush was a Tesco veteran with a 30-year association with the retailer.

He was appointed managing director in January 2013, around a year-and-a-half before the supermarket admitted that it had over-estimated profits by around £250 million.

Mr Bush was alleged to have failed to correct inaccurately-recorded income figures which were published to auditors, other employees and the wider market.

The 52-year-old, who opted not to give evidence at his trial, lives in High Wycombe.

Since leaving in December 2014, the year of the scandal, he has become commercial director at TalkTalk.

He did not give evidence at his trial and the jury instead heard from a number of character witnesses.

During the trial, Mr Scouler’s lawyer insisted he did not commit fraud but instead helped to uncover accounting irregularities.

He claimed that Mr Scouler told Amit Soni, the whistleblower who exposed the scandal, to investigate accountancy problems.

He lives in St Albans, Hertfordshire.

Full text of Boris Johnson’s coronavirus statement to the Commons