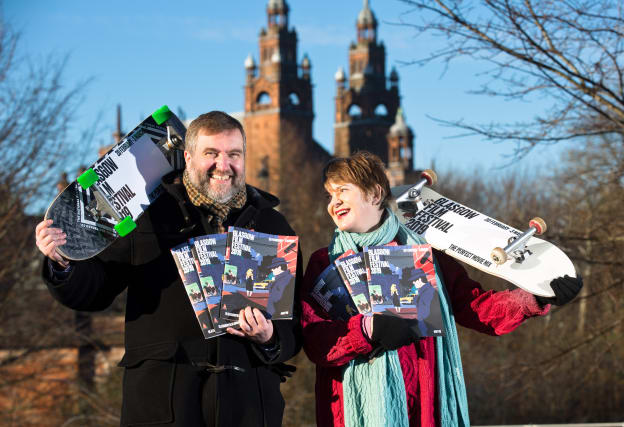 Sir Michael Palin and Simon Amstell are among the stars who will attend this year’s Glasgow Film Festival (GFF), organisers have announced.

TV globetrotter Sir Michael will discuss his varied career in a special podcast for Empire magazine in front of a live audience.

He will also attend the UK premiere of Final Ascent, a film by Glasgow director Robbie Fraser about the life of Scottish mountaineer Hamish MacInnes, which features testimonies from Sir Michael and British mountaineer Sir Chris Bonington.

Comedian Amstell is bringing his bittersweet comedy Benjamin to the festival – one of 49 films making their Scottish debut in the 2019 programme.

In total, the festival will also host seven world premieres and 102 UK premieres over 12 days beginning next month.

Overall, the city’s 15th annual celebration of cinema will host 337 individual screenings, talks and events, with films from 54 countries featured.

Allan Hunter, GFF co-director, said: “It is a real pleasure to be able to share the programme for Glasgow Film Festival 2019.

“The festival is peppered with exciting discoveries from around the world.”

The seven world premieres include some made in Scotland, such as Bafta-winning director Matt Pinder’s new feature documentary Harry Birrell: Films of Love and War.

It uses the archives of Scottish amateur film-maker Birrell to present one man’s view of the 20th century.

Debut feature director Marilyn Edmond’s Connect, an ambitious attempt to confront the issue of suicide among young men in Scotland, will also feature.

Do No Harm is director Stephen Bennett’s exploration of the legacy of Scottish-born psychiatrist Dr Ewen Cameron and the experiments that contributed to systems of modern-day torture across the globe.

Meanwhile, Mackintosh Redux is the painstakingly remastered new version of Murray Grigor’s 1969 film made to complement the Mackintosh Centenary Exhibition, with a new score by the Scottish Chamber Orchestra.

Scotland’s own Hollywood A-lister Karen Gillan delivers another star turn in the international premiere of US drama All Creatures Here Below.

UK premiere highlights on the festival programme include Gerard Butler and Peter Mullan in the eerie retelling of a real-life mystery in The Vanishing.

Glasgow audiences will also be the first in the UK to see Yuli, a tale of the rags-to-riches life of ballet superstar Carlos Acosta, who is also expected to appear on the red carpet at the festival.

The almost 50 Scottish premieres include Prophecy, a new insight into the mind of acclaimed artist Peter Howson as he works on his latest masterpiece, and an immersive documentary about the raw power of water, Aquarela.

Six out of the 10 nominees for the Glasgow Film Festival Audience Award are new features directed by women, organisers have revealed.

Organisers have previously announced the festival will open with the UK premiere of Jonah Hill’s directorial debut, the coming-of-age comedy-drama Mid90s.

It will close with another film set in the 1990s, the UK premiere of the big-screen adaptation of Scottish playwright Kieran Hurley’s stage show Beats.

Mr Hunter highlighted the range of movies on offer from around the world.

He said: “The festival is peppered with exciting discoveries from around the world that range from action-packed Indian crowd-pleaser The Man Who Feels No Pain to elegant Vietnamese period piece The Third Wife, knockout coming of age tale Float Like a Butterfly from Ireland and the gorgeous Kyrgyzstan musical The Song of the Tree.

“I can’t wait for audiences to delight in Louis Garrel’s romantic A Faithful Man, embrace Patrick Wang’s Altman-esque epic A Bread Factory and shudder at The Vanishing with Peter Mullan and Gerard Butler.”

This year’s GFF runs from February 20 to March 3.

Tickets go on sale on Thursday January 24 at noon for GFF members and on general sale on Monday January 28 at 10am.