Rachel Riley: I received hate-filled abuse for speaking out on anti-Semitism 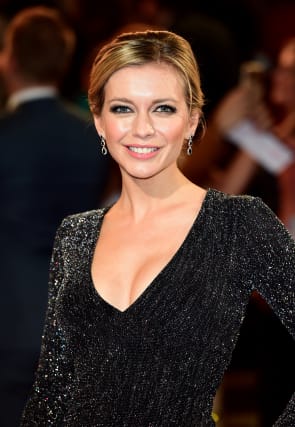 Countdown presenter Rachel Riley has recalled the “hideous” feeling of receiving hate-filled abuse for trying to speak out about anti-Semitism.

To chuckles at a packed Holocaust Memorial Day reception at the House of Commons, she first joked that her “mum’s Jewish and my dad’s Man Utd” before outlining some of the abuse she has endured recently.

Ms Riley, 33, spoke of her “deep and irreparable sorrow” about the Holocaust and of feeling “emotionally punched in the stomach” after visiting Auschwitz in November.

She said: “On Twitter the messages I am sent are often indistinguishable from that you would expect from a neo-Nazi – yet the tweeters are identifiably not neo-Nazis.

“The markers of the red Labour rose coupled with the Palestinian flag, and the hashtag of Get The Tories Out and Jeremy Corbyn For PM along with the standard claim to be against racism in all forms are their signature giveaways.”

Home Secretary Sajid Javid, Dame Margaret Hodge and Holocaust survivor Eva Clarke were among the other speakers at the event organised by the Holocaust Educational Trust.

Other slurs have included being called “not a real Jew, a child bully, a bonkers mad conspiracy theorist, a paedo-protector minion puppet whom my dead grandfather would be disgusted by”, she said.

Ms Riley said she has faced calls from critics to be fired from her high-profile role as the numbers whizz on Countdown.

She said she felt she has been targeted for speaking about anti-Semitism in the Labour party.

She said she was trying to educate herself on the topic, and watched six hours of videos on Christmas Day on the history of anti-Semitism and had spoken to a range of people including experts and Labour MPs.

She suggested that “knowledge and truth are our only weapons” in trying to tackle the problem, adding: “You need to know next to nothing to propagate Nazi or Soviet Jew-hating propaganda reframed to fit today’s narrative, which spreads like wildfire and is dangerous.

“But you need to know nearly everything to stop it. The odds are stacked in the anti-Semite’s favour.”

Calling for the Labour party to try to help “restack those odds”, she said: “No-one should have to risk their safety and jeopardise their career in speaking out against anti-Semitism in Britain in 2019.”