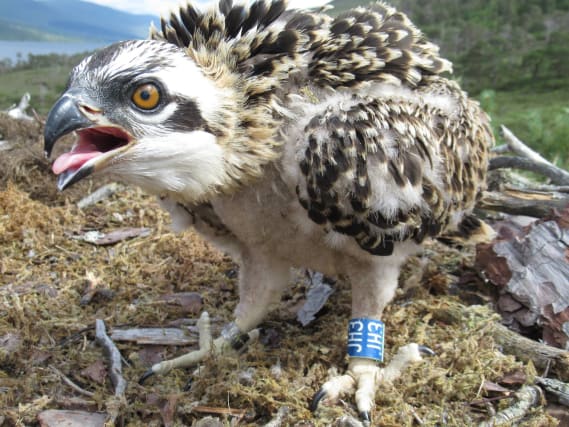 A Scottish osprey that migrated south to Spain has died after being electrocuted on a faulty power line.

Ringed as Blue JH3 but nicknamed Pean, the bird was wintering in the country when the incident – which also caused a power cut in the area – happened.

Pean originally fledged from a nest on Loch Arkaig, Lochaber, in the Highlands in 2017 and was spotted by Spanish birdwatchers in October 2018 between Alicante and Valencia.

Ospreys normally migrate to west Africa but frequently appear in Portugal as well as Spain.

Itziar Colodro, of the Magic and Nature Birdwatching Company, said: “I am very affected by the news. I was tracking JH3 in the Marjal de Pego-Oliva Natural Park.

“We will have the memory of the big fish that he caught. He was a crack fisherman.

“JH3 has given us the best photographs ever taken before in our area. We will miss him so much.”

Despite the incident happening on December 28, Scottish osprey enthusiasts only became aware of the death on social media recently.

A seasonal live webcam at Loch Arkaig goes back online in March through the Woodland Trust Scotland.

George Anderson, of the trust, said: “There is a great deal of sadness at the news of this bird’s death in Spain. It was from the neighbouring nest to our camera stream.

“Following these birds can be a rollercoaster for the emotions. They face a catalogue of dangers at every stage of their fascinating nomad lives.

“It’s heartening to know there are folks in Spain as well as the UK fighting their cause.”