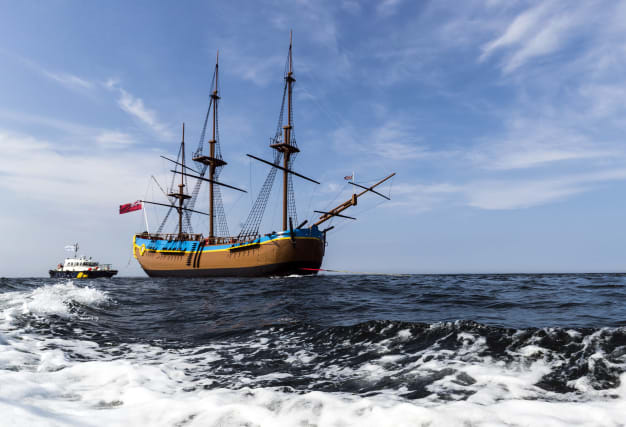 A replica of Captain James Cook’s HMS Endeavour will circumnavigate Australia as part of commemorations of the navigator’s arrival Down Under 250 years ago, prime minister Scott Morrison has announced.

The government is giving 6.7 million Australian dollars (£3.72 million) to the Australian National Maritime Museum for the voyage, which is due to embark from Sydney in March 2020 and end in May the following year.

The circumnavigation will be paid for as part of a 48.7 million Australian dollar (£27 million) fund set aside to commemorate the 250th anniversary of Captain Cook’s voyage.

Mr Morrison said the famed explorer’s expedition “is the reason Australia is what it is today and it’s important we take the opportunity to reflect on it”.

“As the 250th anniversary nears we want to help Australians better understand Captain Cook’s historic voyage and its legacy for exploration, science and reconciliation,” he said.

The announcement has raised a few eyebrows to say the least, however, due to the cost of the circumnavigation, the fact Captain Cook did not sail all the way around Australia and the long-running debate over the legacy of British involvement Down Under.

Journalist Karen Sweeney pointed out that indigenous Australians arrived in Australia “give or take, 65,000 years ago” and other European sailors had visited the continent before Captain Cook.

Endeavour and her Royal Navy crew set off from England in August 1768 in search of the hypothesised continent of Terra Australis Incognita.

She first reached New Zealand in October 1769 and arrived in what is now known as Botany Bay in New South Wales in April the following year.

From there, Captain Cook and the Endeavour sailed along Australia’s east coast, coming close to oblivion when she ran aground on the Great Barrier Reef.

The ship arrived back in Dover in July 1771 and Captain Cook, a farmer’s son from Marton in North Yorkshire, earned his place in history one of the great explorers.

The Australian National Maritime Museum’s replica of Endeavour made its maiden voyage in 1994 and has a regular programme of trips to Antipodean destinations including New Zealand and southern Pacific Islands.