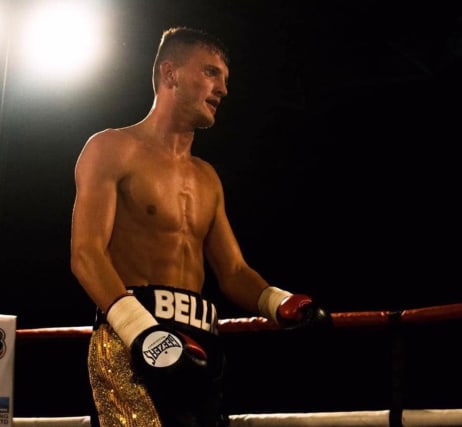 A man has been arrested on suspicion of murdering a 21-year-old boxer who was shot at a pub.

Tom Bell was shot at the Maple Tree pub in Balby, Doncaster, on Thursday night, and died in hospital.

South Yorkshire Police said a man aged 29 was arrested in the South Cave Humberside, along with a woman aged 21 who was held on suspicion of assisting an offender.

Police previously said they believed the attack was targeted and the people involved knew each other.

It said in a statement: “We are absolutely devastated to announce the passing of a great warrior who has spent a huge amount of time over the years boxing with our club.

“We are shocked beyond words to hear the sad news and would like to offer our sincere condolences to Tom’s family and closest friends.”

South Yorkshire Police previously said they had discovered a burnt-out white BMW 1 Series in Doncaster and forensic tests were carried out on the vehicle.

A post-mortem examination concluded Mr Bell died from a shotgun wound to his chest and abdomen.

A photo issued as a tribute to the dead man showed him in the boxing ring wearing his gloves and gold shorts.

His parents said: “We would please ask that our privacy is respected so that we are able to grieve in private.

“We want to ask any witnesses or anyone with information to contact the police and help with their inquiries – it’s so important that we get justice for Tom and the police are able to find out who is responsible for the death of our son.”

The force asked anyone with information, or who may have dashcam footage from the area, to call 101 or Crimestoppers on 0800 555111.