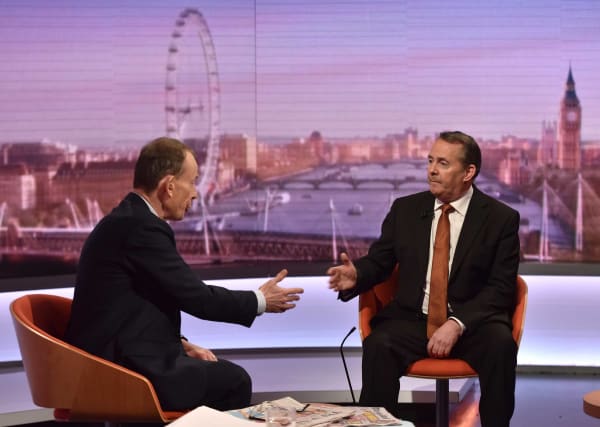 International Trade Secretary Dr Liam Fox has revealed the UK has signed one of the 36 trade deals required to have the same trading arrangements post Brexit.

Dr Fox blamed the lack of progress on certain EU nations that, he said, were “unwilling to put the preparations in”.

Despite there being only 68 days until the UK leaves the EU, Dr Fox said he remained confident the Government could “get those agreements over the line”.

He said: “They’re not ready and signed but they’re well in train, actually there are 37 agreements, only 34 of which are in operation, and if you add Australia and New Zealand mutual recognition, you would get back to 36.

“We signed the first of those on Friday, we sign another one next week and we hope to sign the Switzerland deal, which is the most important of all of those particular agreements, within the next few weeks.

“The top five of those represent about three quarters of that total and we’re confident that we will be able to get those agreements over the line.”

Dr Fox, appearing on BBC One’s The Andrew Marr Show, gave the reassurance after being challenged over comments he made at the Tory party conference in Manchester in 2017.

He previously had said: “Believe me, we’ll have up to 40 ready for one second after midnight in March 2019.”

Dr Fox told the Marr show that the EU needed to be aware a no-deal Brexit was “a real possibility”.

He said: “We’re ready and we’ve put all our proposals forward, a number of countries as we sit here today don’t believe there will be no-deal and are unwilling to put the preparations in for no-deal, they think that it’s inevitable we will come to an agreement with the EU.

“I hope they’re watching and my message to them is, I hope you’ve understood from this programme that no-deal is a real possibility.”