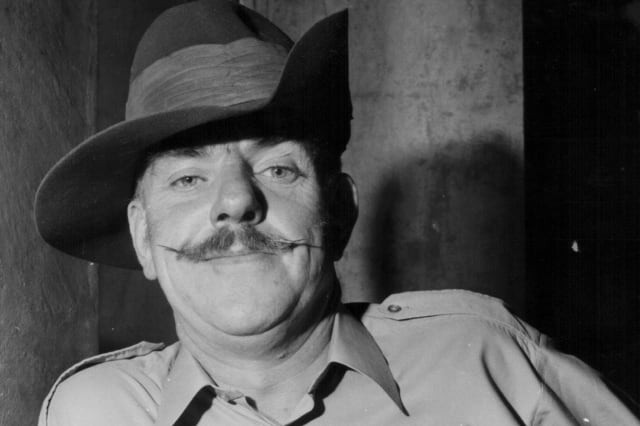 It Ain't Half Hot Mum actor Windsor Davies has died at the age of 88.

His daughter Jane said the comedy star, who topped the charts with Don Estelle in 1975, died peacefully on January 17.

She said in a statement: "His wife of 62 years, Eluned, passed away in September. They leave a large and very close family who will all remember them with love, laughter and gratitude."

He played Battery Sergeant-Major 'Shut Up' Williams from 1974 to 1981, and in 1975 had a number one hit with the novelty track Whispering Grass with his sitcom co-star, which was one of the biggest selling duets of all time on the UK charts.

He also appeared in the TV series Ring Out An Alibi, The New Statesman, Terrahawks and Never The Twain, as well as the films Carry On England and Carry On Behind.

His most recent credited appearance was in an episode of My Family in 2004.

Actor Tony Robinson was among those paying tribute to the star, writing on Twitter: "'Whispering grass don't tell them who kissed there long ago. Why tell them all your secrets, the trees don't have to know.'

Producer Jonathan Sothcott wrote: "Oh no! RIP that wonderful comedy actor Windsor Davies: unforgettable in 70s sitcom It Ain't Half Hot Mum and the lead in 2 of the later Carry Ons.

"Impeccable comic timing. Just his voice made me smile. Thanks for all the laughs."