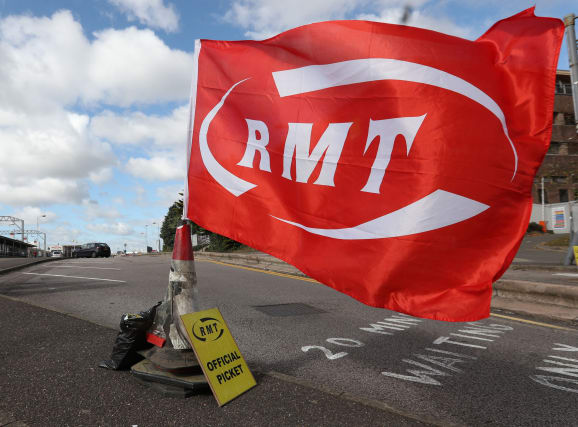 Rail workers are to stage fresh strikes next month in the long-running dispute over guards on trains, causing more travel misery for passengers.

Members of the Rail, Maritime and Transport union (RMT) on Arriva Rail North (Northern) are already striking on Saturday and on January 26.

The union announced that further stoppages will be held on the first three Saturdays of February.

RMT general secretary Mick Cash said: “RMT continues to make every effort to get serious and meaningful talks going with Northern but the company are not interested and would prefer to fire off a barrage of misinformation about both the dispute and their intentions to deflect attention from the impact of their behaviour on the travelling public.

“German-owned Northern Rail have made it perfectly clear in emails to staff that they want to run trains without a safety critical guard on board in a move that would wreck both safety and access ‎to services and they should listen to their front-line staff and pull back from that plan immediately.

“The bogus ‘guarantees’ that they are trying to spin up to the travelling public are not worth the paper that they are printed on.

“We thank the public for their support and understanding throughout this dispute over rail safety and access and the union remains ready for genuine and serious talks.”

Mr Cash said Saturday’s strike, the 45th since the dispute flared on Northern, would again be “solidly” supported.

David Brown, managing director at Northern, said: “More than 50% of all rail journeys in the UK are made on driver-controlled trains, and recently the Department for Transport and Transport for the North publicly confirmed that a second person – in addition to the driver – would be retained on Northern services.

“Therefore, there is no reason for the RMT to continue its disruptive and economically damaging strikes, but despite this, the RMT continues with its strike action.

“We expect all of our services on Saturdays in January to be extremely busy and are calling on our customers to plan their travel carefully for the coming weekend, check the new timetables well in advance, and make sure they do not rely on the last trains home.”