Duke of Edinburgh’s appearances and health since retirement 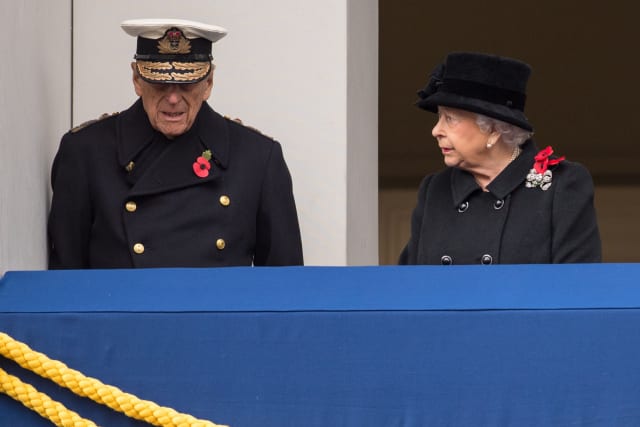 The Duke of Edinburgh was unhurt when the Land Rover Freelander he was driving flipped over after being hit by another car near the Queen’s Sandringham Estate in Norfolk on Thursday.

Here is the timeline of Philip’s appearances and health since his retirement from public life in August 2017.

May 4 2017 – Buckingham Palace announces the duke is to retire. Tributes are paid to his years of royal duty.

May 10 and May 17 – Days later, Philip, then 95, is out and about carriage-driving at Windsor and at the Royal Windsor Horse Show.

June 13 – The Queen and Philip visit Slough railway station in Berkshire to mark the 175th anniversary of the first rail journey by a monarch.

June 17 – The duke helps the Queen mark her official 91st birthday at the annual Trooping the Colour parade.

June 20 – Philip spends the day at Royal Ascot, where temperatures are so sweltering that the dress code in the Royal Enclosure is relaxed for the first time.

But that evening, he is admitted to King Edward VII’s Hospital in London as a precautionary measure, for treatment for an infection arising from a pre-existing condition.

June 21 – The duke misses the State Opening of Parliament. The Prince of Wales steps in to accompany the Queen.

June 22 – Philip is discharged from hospital after a two-night stay.

June 25 – In his first public outing since being in hospital, the duke drives himself to the Royal Windsor Cup Final at the Guards Polo Club in Windsor Great Park.

August 2 – On his final official engagement as he retires from public duties, Philip strides with ease around the forecourt of Buckingham Palace in the pouring rain, meeting Royal Marines.

November 11 -The duke makes an appearance at the Royal Albert Hall for the Festival of Remembrance.

November 12 – Philip joins the Queen as she watches from a balcony for the first time rather than laying a wreath at the Remembrance Sunday ceremony.

Concerns are expressed for his health when he appears to lean against a pillar for support while standing during the Whitehall service.

November 20 – A week later, the duke is carriage driving at Windsor on the day of his platinum wedding anniversary, and he and the Queen celebrate in the evening with a party for more than 100 family and friends.

December 21 – The Queen and the duke travel by train from London to Norfolk for the start of their traditional Christmas break at Sandringham.

December 25 – The duke joins the royals at church, as Prince Harry’s bride-to-be, Meghan Markle, spends her first Christmas with the Windsors.

Philip attends Sunday church throughout his stay in Sandringham in January and early February.

March 22 2018, Philip reportedly pulls out of a rare engagement with the Queen and Duke of York, marking Andrew’s new role as Colonel of the Grenadier Guards, because he is under the weather.

March 29 – He misses the Maundy Thursday service with the Queen because of a problem with his hip.

April 1 – The duke is not present at church in Windsor on Easter Sunday.

April 3 – Philip is admitted to the King Edward VII’s Hospital ahead of a planned operation on his hip.

April 4 – The palace says the duke has had a successful hip replacement operation, and is progressing well, but will remain in hospital for several days.

“He is comfortable and in good spirits,” says a spokeswoman.

April 13 – Philip leaves hospital, waving to the media as he is driven away to Windsor Castle to recuperate.

May 11 – The duke makes his first public appearance since convalescing after his surgery when he is seen at the wheel of his Land Rover Freelander, chatting to the Queen, at the Royal Windsor Horse Show.

May 19 – Philip walks unaided as he attends the Duke and Duchess of Sussex’s wedding in Windsor.

October 11 – Buckingham Palace tweets a photo of the duke meeting the Head of the Royal Australian Electrical and Mechanical Engineers at Windsor Castle.

October 12 – Philip attends the wedding of his granddaughter Princess Eugenie.

November 14 – Philip joins the Queen at a glittering private black-tie party held for the Prince of Wales on his 70th birthday at Buckingham Palace, where the monarch pays tribute to their eldest son on behalf of them both.

December 19 – The duke is seen being driven to Buckingham Palace for the Queen’s annual Christmas lunch.

December 25 – Philip misses the royals’ traditional Christmas Day outing to church but is said to be good health.

January 17 2019 – The duke is involved in a car crash when the Land Rover Freelander he is driving flips over after being hit by another vehicle near the Sandringham estate.