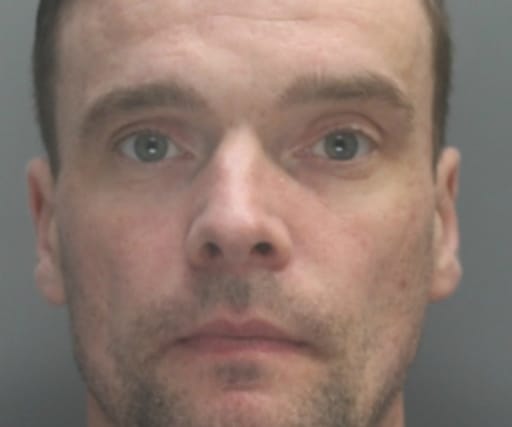 A gangland hitman has been told he will die behind bars for the murders of a gangland “Mr Big” and a mob enforcer.

Mark Fellows, 38, nicknamed The Iceman, murdered Salford mobster Paul Massey with an Uzi machine gun outside his home in the city in July 2015.

Father-of-five Massey, 55, a notorious “Mr Big” crime figure in Salford and beyond, was blasted at 18 times, hit five times and died on his doorstep.

Kinsella, whose help footballer Steven Gerrard called on to scare off a Liverpool gangster known as The Psycho who had been “terrorising” him, was walking his dogs with his pregnant partner, Wendy Owen, near their home in Rainhill, Merseyside, on May 5 last year.

Fellows cycled up, shooting his victim twice in the back with a Webley six-shot revolver before standing over him to fire twice more into the back of his head from close range.

Fellows was convicted of both murders on Wednesday following an eight week trial at Liverpool Crown Court.

On Thursday he was sentenced to a whole-life term by Mr Justice William Davis.

Fellows’ co-accused and “brother in arms” Steven Boyle, 36, who acted as “spotter” in the Kinsella murder to ensure the planned victims were in place and to act as back-up, was jailed for life with a minimum term of 33 years before parole is considered.

Passing sentence, Mr Justice Davis said: “Whatever the background of Mr Kinsella and Mr Massey, the impact on their families of their murders have been devastating.

“This was execution, pure and simple.”

Both men were cleared of the attempted murder of Wendy Owen, who flew at the gunman before retreating as she came under fire.

Before he was led away, Fellows shouted from the dock: “I didn’t shoot at Wendy Owen. She’s lying.”

A member of Kinsella’s family, believed to be one of his sisters, screamed from the public gallery: “Rat! Rat!” before the judge asked her to leave court.