Boris Johnson urges Theresa May to use Brexit to unite country 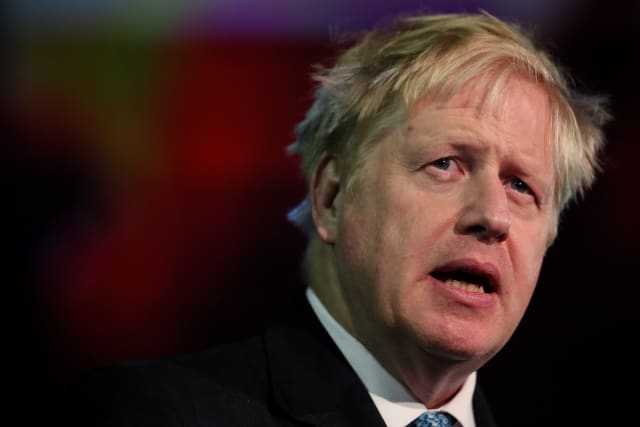 Boris Johnson is calling on the Government to “use Brexit to unite the country” and focus on the issues that drove the vote for EU withdrawal.

The pointed intervention comes as Prime Minister Theresa May scrambles to try and get the Brexit agenda back on track after the Commons overwhelmingly rejected  her plans.

Speaking at JCB headquarters in Rocester, Staffordshire on Friday, Mr Johnson will say: “Yes, it (Brexit) was about democracy.

“But that vote was also triggered by a feeling that, in some way, the people of this country have been drifting too far apart and in areas where we need to come together.”

The move follows a bid by Mrs May to talk to prominent MPs and opposition leaders about Brexit in the wake of the Government’s crushing Commons defeat, a change of political tack that Jeremy Corbyn branded a “stunt”

Mr Johnson will also use his keynote address to call for action on the pay gap and careful thinking on immigration.

He will say: “We all know about boardroom pay and the huge expansion in the last 25 years of the gap between the remuneration of FTSE100 CEOs and the average workers in their firms.

“We know one of the ways big corporations have held wages down is that they have had access to unlimited pools of labour from other countries.

“Now, I am a free-market capitalist and a passionate believer in the benefits of migration, but there must be a balance and if an influx of labour is being used not only to prevent investment in capital equipment but also in the skills and prospects of young people, then we need to think carefully about how we control immigration.

“If we want the people of Britain to have a pay rise, as I do, then we can’t expect to do it by simply controlling immigration, we have to address all the causes of the productivity gap that has so massively expanded.”

Mr Johnson will say that more must be done to help the UK’s regions, and that there should be a halt to income tax rises.

He will say: “We must create the most favourable tax environment with no new taxes and no increases in rates and no one rich or poor to pay more than 50% of their income in tax, not because we want to create a tax haven for the rich but because that it is the way to stimulate the income we need to pay for this national programme of cohesion.”

With Mrs May set to present a Brexit Plan B to the Commons on Monday, Labour former prime minister Gordon Brown used a speech in Edinburgh on Thursday to call on the Government to extend Article 50 by a year in order to consult the public.

Mr Brown said Mrs May’s Brexit stalemate has left Britain “more divided than during the three-day week of the 1970s or during the miners’ strike of the 1980s”.

The PM was expected to use the next few days to continue talks on Brexit and make telephone calls to other EU leaders.

Mrs May will not be attending the Davos summit in Switzerland next week, Downing Street confirmed.

Downing Street said it is “impossible” for the Government to rule out a no-deal Brexit as such a move could only be done by securing parliamentary approval.

However, the Daily Telegraph reported that up to 20 middle ranking ministers could resign unless they are given a free vote on a backbench bid to rule out a no-deal exit from the EU.

And, according to the Guardian, Mr Corbyn faces up to a dozen resignations from his front bench if he comes out in favour of a second Brexit referendum.

Meanwhile, former Ukip leader Nigel Farage said Brexiteers should get ready for the possibility of a second referendum.

He told a Leave Means Leave gathering in Westminster: “Let us prepare, let us organise.

“If I have to fight again against this lot, then believe me, next time, as far as I’m concerned, it’s no more Mr Nice Guy.”