No time-frame for Prestwick to pay back loans, says minister 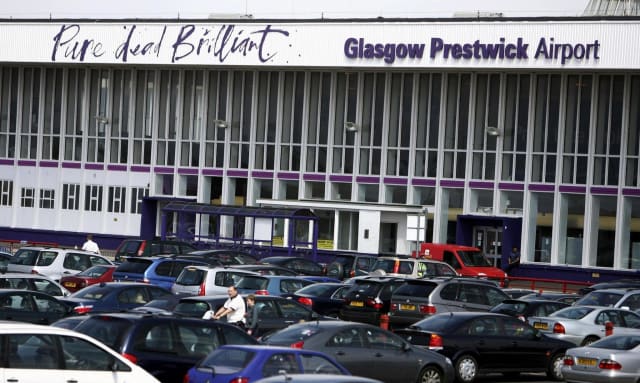 There is no timescale for when Prestwick Airport will pay back the money it has been loaned by the Scottish Government, the Transport Secretary has said.

The taxpayer-owned airport has faced financial struggles for several years and had to be saved by the Scottish Government in 2013.

Accounts lodged with Companies House in December indicated debt owed by the airport to the Scottish Government rose in the past year from £30 million to £38.4 million.

Speaking to Holyrood’s Rural Economy and Connectivity Committee on Wednesday, Michael Matheson was asked if there is any prospect of taxpayers reclaiming any of the money given to Prestwick, with a further £7 million of loans allocated to the airport in this year’s draft budget.

Mr Matheson said the airport would be able to draw down on the loans, which are given on a commercial basis meaning they must be repaid.

“As it stands at the present moment, it’s about £46 million they have drawn down on loans to date and this gives them an additional £7 million,” said Mr Matheson.

“They recently published their accounts which demonstrate that costs are down, revenue is up. That continues to be the pattern, in this financial year as well their costs continue to decrease and their revenues are increasing as well.

“Our investment in making these loans available to Prestwick is a recognition of the importance that this strategic asset has not just to the local economy but also to our national economy.”

Asked when the public might see the loans paid back, Mr Matheson replied: “I can’t give you a time-frame on that as it stands because Prestwick Airport is operating in a very challenging market, particularly when it comes to passenger services.

“What they do have is a range of very specialist skills which is over and above what other airports are able to provide, particularly around freight.

“The challenge with that particular sector is that it comes in bits and bobs, it doesn’t all come in a standard line that you know in the next three years that you’ll have X amount coming in, it goes up and down, so you have to pursue individual contracts.

“So it’s a challenging environment for them but we should not underestimate the importance that Prestwick has to the wider economy, particularly to the businesses associated with the airport.”

Liberal Democrat MSP Mike Rumbles said: “That’s my precise point because if you look at the profitability of the company, they’re not profitable.

“Over the last 10 years, I think there’s one year where they’ve been profitable. They’re not profitable at the moment, they have no chance of becoming profitable from what I can see from the books.”

He said: “That’s dependent on the market and interest in the airport itself.

“What happens in the future is dependent on whether there is commercial interest in taking over the airport and also the scope for the existing management team to draw on additional revenue into Prestwick.

“That’s something which they are very actively looking at considering. But the wider point I’m making is that for us to simply walk away from Prestwick would have a devastating impact on the regional economy and the businesses which are closely associated with Prestwick Airport.

“As a Government, we’re not prepared to just walk away from that. So, yes we need to find a long-term solution and we’re continuing to try to do that, but in the meantime the management team are doing what they can to reduce their cost bases and also to increase their revenues.”