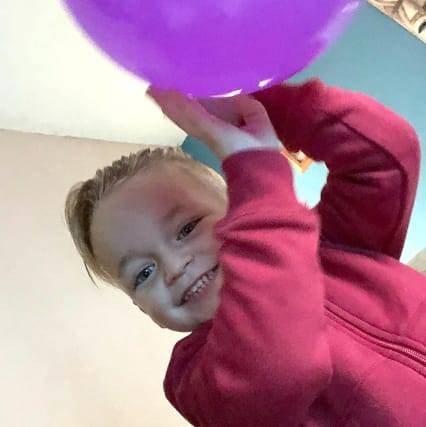 A toddler cried out for his “mummy” when he was crushed by an electric car seat for being noisy, a court has heard.

Three and a half year old Alfie Lamb was in the rear footwell of a blue Audi convertible when he was squashed “at the touch of a button” on February 1 last year, the Old Bailey was told.

He was sitting at his mother Adrian Hoare’s feet when her boyfriend Stephen Waterson, 25, twice moved his front seat back in anger at the “noise and fuss”, jurors heard.

Ms Hoare, 23,  did nothing to help her stricken son and went on to lie to police about what happened, the court heard.

After emergency services were called, Alfie was rushed to hospital unresponsive and put on life support, which was switched off days later.

The Audi driver Marcus Lamb, 22, told police how Alfie collapsed during the journey back from shops with his then-girlfriend Emilie Williams, 19, and the defendants.

He described how Hoare had been shouting at Alfie, who was screaming and crying.

The witness alleged he heard Hoare slap her child before the front passenger seat moved back as Alfie called “Mummy”.

Mr Lamb claimed he only realised there was a problem when they arrived at Adams Way in Croydon, south London.

When Waterson pulled Alfie out of the car, Hoare said: “What have you done?”, he claimed.

He said: “In effect, he was squashed by the car seat and suffocated. This movement of the seat was a deliberate action by Waterson who knew that Alfie was there and was angered by the noise and fuss that the three-and-a half-year-old was making during the fateful car journey.

“The deliberate movement of the seat, by electrical operation – by the touch of a button – and involving the application of considerable force to Alfie took place not once but twice.

“Waterson was prevailed on to move the seat forward again because it became immediately obvious that it was causing Alfie breathing difficulties.

“However, when Alfie made noise again, Waterson deliberately moved his seat back again, and kept it in that reversed position, squashing Alfie, as he again showed signs of breathing problems until he went ominously quiet.”

Police found cctv footage which showed Hoare, Miss Williams, Mr Lamb and Waterson had all travelled together in the Audi.

Mr Atkinson said: “It was during that car journey that something happened to Alfie that compressed his chest and/or abdomen so that he went from an active toddler to a very seriously ill and brain damaged one.”

Since Alfie’s death, the other occupants of the car had been attacked, Miss Williams by Hoare and Mr Lamb by Waterson, the court heard.

Waterson has pleaded not guilty to manslaughter and intimidation of Mr Lamb.