Who could Meghan and Harry’s baby share their birthday with? 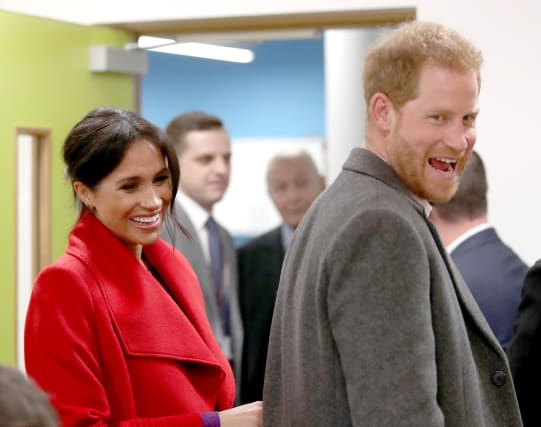 With the Duchess of Sussex revealing that her due date is late April or early May, who might the new royal baby share their birthday with?

Meghan’s baby could easily be born on the same day as his or her great-grandmother the Queen, who will celebrate turning 93 on April 21.

Or the new addition to the royal family might even arrive on cousin Prince Louis of Cambridge’s birthday.

Bookmakers Ladbrokes has now set the odds that Baby Sussex will put in an appearance on the monarch’s birthday at 12/1, and 14/1 for Louis’s big day.

Meghan could even welcome her baby on the same day Princess Charlotte was born – May 2.

But odds are 20/1 for dates in early May, according to Ladbrokes, with the firm still predicting an early to mid-April arrival.

Alex Apati of Ladbrokes said: “Meghan’s latest comments have forced us into action, and while we’re convinced it’ll be an early April baby, there’s every chance the latest royal will share a birthday with his or her Great Nan.”

The duchess said, while on official engagements in Birkenhead, Merseyside, that she is six months pregnant and that she and Harry do not know whether they are expecting a girl or a boy.

American former actress Meghan stopped to chat to Kim Thompson in Hamilton Square, who said later: “She said she is six months pregnant and due at the end of April, beginning of May.”

The baby looks set to arrive around 11-and-a-half months after Harry and Meghan’s wedding – and before their first wedding anniversary on May 19.

This follows in the footsteps of Harry’s parents Diana, Princess of Wales and the Prince of Wales.

The Duke and Duchess of Cambridge’s first child Prince George arrived two years and three months after they wed.

– Here are some famous birthdays and anniversaries in late April and early May: