What is the Organised Crime Partnership (Scotland)? 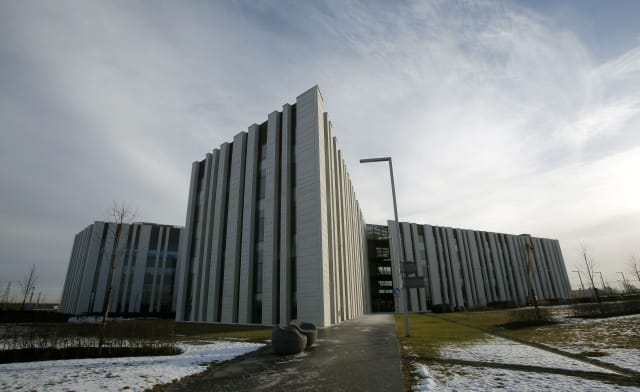 The sentencing of a man caught trying to buy a gun online from the US has been hailed as the first major success of a new joint police taskforce in Scotland.

– What is the Organised Crime Partnership (Scotland)?

The OCP(S) is a collaboration between Police Scotland and the National Crime Agency (NCA), which has been working on combating organised crime even before its inception on September 1 last year. Planning and preparation for the initiative began 12 months in advance.

It is based at the £75 million Scottish Crime Campus in Gartcosh, North Lanarkshire.

The main focus is to investigate serious and organised crime including importation of Class A drugs, human trafficking, child abuse and sexual exploitation, and the importation of firearms. The OCP(S) has also provided operational support to drug supply, fraud and cyber crime investigations.

The sentencing of David Mitchell over firearms offences is the first case to come to light.

– What happened in this case?

On September 19, officers in Scotland were alerted to Mitchell’s activity by US colleagues who seized the package he ordered – a glock 9mm gun with magazine, silencer and 150 rounds of 9mm ammunition. It was decided the OCP(S) would take lead on the investigation using resources of Police Scotland and the NCA.

UK and US forces agreed a “placebo” package would be delivered and officers in Scotland kept close watch on Mitchell before he was arrested and questioned over the transaction. He eventually pleaded guilty after offering no information on his motivations, in which he acted alone.

What about the so-called placebo?

Detective Chief Superintendent Gerry McLean, who heads Police Scotland’s organised crime and counter-terrorism unit, said the OCP(S) led on the controlled delivery of the package. However to insure public safety they did not deliver a firearm but instead the placebo.

For operational and tactical reasons, Mr Mclean did not go into details of how it was constructed or what it looked like but said Mitchell was still of the belief he was receiving the items he ordered from the US. He has been jailed for five years.

– How many OCP(S) officers are there?

There are 30 investigators based at Gartcosh, 15 each from Police Scotland and the NCA respectively, with hopes of this increasing. There are organised crime and counter-terrorism unit officers in 15 locations across the country’s 13 policing areas.

According to Rob Burgess, of the NCA, the pooling of resources has given the team access to around 150 liaison officers in more than 50 countries in what he said was “a turning point” for the organisation.

Mr McLean compared it to a similar model running at the Metropolitan Police for 14 years, which focuses on local priorities.