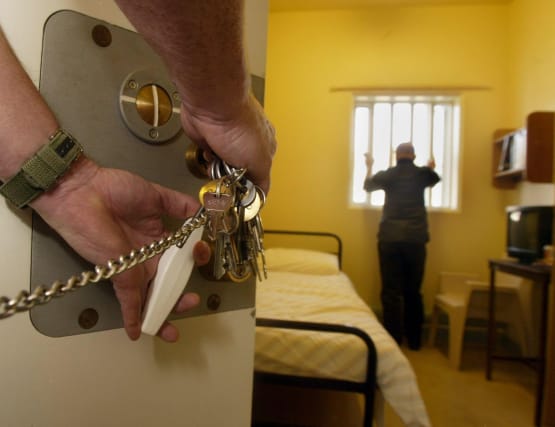 Wales has more of its citizens in jail than any other country in Western Europe, according to new research.

Sentencing figures show there were 154 prisoners for every 100,000 people in Wales, a higher proportion than England – which has the second-highest imprisonment rate with 141 prisoners per 100,000 of its population.

The statistics represent the first time prison figures in both countries have been analysed separately.

They show more people are being jailed in Wales despite having a lower crime rate than its neighbour every year between 2013 and 2017.

A report by Cardiff University researchers shows the total number of prison sentences handed out in England fell by 16 per cent between 2010 and 2017, while in Wales the number increased by 0.3 per cent.

Dr Robert Jones, from the university’s Wales Governance Centre, said that while it is well-established that England and Wales has the highest imprisonment rates in Western Europe, the disparities between the two countries will help Welsh authorities to scrutinise its own criminal justice system.

Dr Jones added: “Gradually, a detailed picture is emerging of the justice system in Wales and how it is quite different to that of England.

“A thorough debate is needed on why these kinds of sentencing and custodial patterns occur in Wales and whether these are the outcomes that the UK and Welsh Governments want to see from the criminal justice system.”

The figures were obtained from the Ministry of Justice using the Freedom of Information Act, and were published on Wednesday in ‘Sentencing and Immediate Custody in Wales: A Factfile’.

Figures also show Wales handed out shorter sentences to offenders, with the average prison sentence being 13.4 months, compared to 17.2 months in England in 2017.

During the same period 68.1 per cent of all custodial sentences in Wales were for less than 12 months compared to 63.9 per cent in England.

The report shows women in Wales are more likely to receive short-term custodial sentences than men, with three quarters (78.6 per cent) of all women sentenced to less than 12 months, compared to 67 per cent of men.