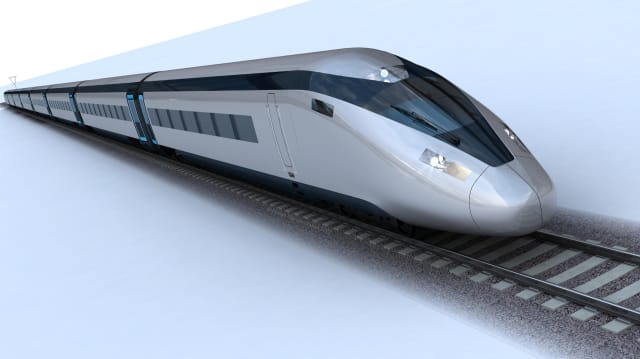 Running slower and fewer trains on the new HS2 line are among the options available to keep the rail project within budget, its chief executive has said.

Phase 1 of the £56 billion high speed rail link will open between London and Birmingham in December 2026 before the railway is extended to Crewe, Manchester and Leeds.

HS2 trains are designed to operate at up to 225mph and also serve locations on the existing mainline network, such as Liverpool, Newcastle, Edinburgh and Glasgow.

But at a meeting with MPs, HS2 Ltd chief executive Mark Thurston said train speeds and frequency could be changed in an effort to reduce cost.

Details of the meeting of the All-Party Parliamentary Rail Group in November were revealed in a letter from Leader of the Commons Andrea Leadsom to Mr Thurston in which she raised concerns about the “viability” of the project.

She wrote: “My parliamentary assistant, who attended on my behalf, tells me that you informed the APPG that, ahead of the review of the business case for HS2 next year, a number of changes to the project may have to be considered in order to keep it within budget and on time – something my colleague the Secretary of State for Transport has made clear is imperative.”

Ms Leadsom said options discussed included possibly lowering train speeds by around 50kmph (30mph), reducing train numbers from 18 to 14 per hour, and changing from a slab to a ballast track.

The MP for South Northamptonshire, an area through which the proposed HS2 route will run, wrote: “My constituents are naturally concerned that changes to the project could undermine the business case, negatively affect the benefit-cost ratio, and reduce the value for taxpayers’ money”.

She asked for an assurance that the project could be delivered “on time and on budget without impacting the business case or affecting the basis upon which it was agreed by Parliament”.

In a written response to Ms Leadsom published on her website, Mr Thurston, who leads the company responsible for developing and promoting the UK’s new high speed rail network, said it was ensuring the project was “on time and within budget”.

He said Ms Leadsom had “correctly” referred to a number of options he set out when asked at the APPG meeting what could be done to change the scope of HS2 to reduce cost.

He added: “However, I was also clear that HS2 Ltd is working to the scope and budget of the project which the Government has set, and for which detailed debate in Parliament has taken place.

“If at some point in the future we are instructed to consider any of these options, then more detailed work on the effect of such changes would of course take place.

“I can assure you that any impact on communities and the findings within the Environmental Statement would be fully investigated and discussed.”

A spokesman for HS2 Ltd declined to comment further when contacted by the Press Association on Sunday.