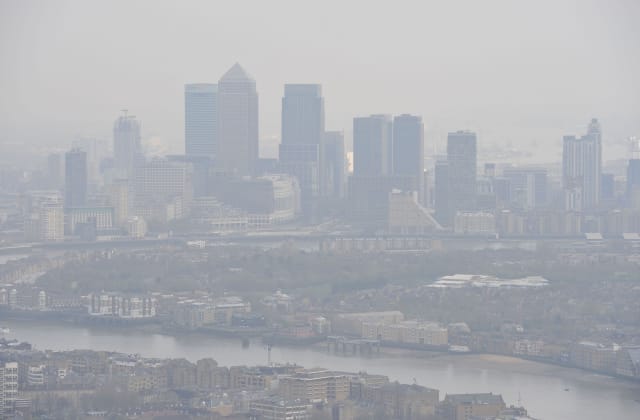 The most polluting log burner and open fire fuels will be banned as part of an ambitious strategy to tackle air pollution announced by the Environment Secretary.

Michael Gove called for action on emissions from a variety of sources, including in the home, as he set out plans to reduce people’s exposure to particulate matter – considered the most damaging pollutant.

The proposals, outlined in the Government’s Clean Air Strategy, include plans to legislate to prohibit the sale of the most polluting fuels and ensure only the cleanest stoves are available for sale by 2022.

And there will be changes to existing smoke control legislation, as well as new powers for local authorities to take action in high pollution areas.

Stoves and open fires are now the single biggest source of particulate matter emissions, according to the Department for the Environment, which intends to restrict sales of wet wood for domestic burning and apply sulphur and smoke emission limits to all solid fuels.

Sales of bituminous or traditional house coal may also be phased out.

The UK is the first major economy to adopt goals based on World Health Organisation (WHO) recommendations, and the UN agency has praised the strategy as “an example for the rest of the world to follow”.

Launching the plans, Mr Gove said: “The evidence is clear. While air quality has improved significantly in recent years, air pollution continues to shorten lives, harm our children and reduce quality of life.

“We must take strong, urgent action. Our ambitious strategy includes new targets, new powers for local government and confirms that our forthcoming Environment Bill will include new primary legislation on air quality.

“While air pollution may conjure images of traffic jams and exhaust fumes, transport is only one part of the story and the new strategy sets out the important role all of us – across all sectors of work and society – can play in reducing emissions and cleaning up our air to protect our health.”

The strategy also contains plans to reduce ammonia emissions from farming, with a requirement for low emissions farming techniques and plans to regulate to minimise pollution from the use of fertilisers.

He added: “Breathing dirty air is associated with a host of health problems, from asthma to cardiovascular disease and lung cancer, and all too often it is the most vulnerable – children, older people and those from poorer backgrounds – who are hit hardest. In short: clean air helps you live longer.

“No-one can tackle air pollution alone so it is a duty of Government to act for us all. We are determined to clean up our environment and are taking the lead with this Clean Air Strategy.

“We have made strides forward over the past few years and the action we are taking today will save lives and improve the health of the nation – both for those of us here today and for generations to come.”

Dr Penny Woods, chief executive of the British Lung Foundation, said: “We welcome this Clean Air Strategy as a step in the right direction.

“In particular, it’s good to see it includes proposals to improve access to air pollution information, something many of the patients we support ask for. It also acknowledges World Health Organisation (WHO) guidelines as the best standard to abide by.

“However, we’re disappointed that it doesn’t include a clear commitment to adopt the WHO limits for particulate matter pollution in the upcoming Environment Bill.

“No one should have to breathe toxic air, especially not people with a lung condition or children whose lungs are still growing.

“Our current legal limits are twice as high as WHO recommendations, and too many people are still exposed to unsafe air pollution levels which puts the lung health of all of us at risk.”