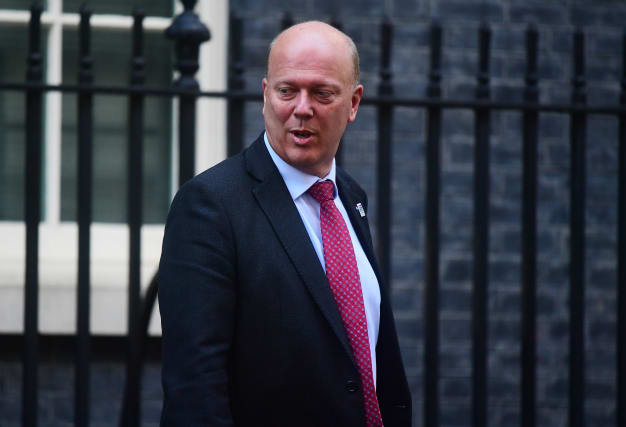 A Cabinet minister has been accused of engaging in "gutter politics" after he warned that blocking Brexit could "open the door" to "extremist" populist political forces in the UK.

Chris Grayling said putting a stop to Britain's withdrawal from the EU may end centuries of "moderate" politics the UK has enjoyed since the English Civil War as he urged his Conservative colleagues to back Theresa May's Brexit deal. 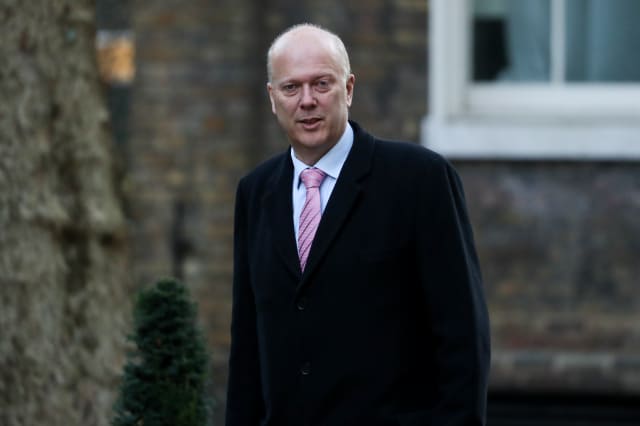 The Transport Secretary, who campaigned to Leave the European Union, said the millions who voted for Brexit would feel "cheated" if the UK did not quit the bloc.

Days before the critical Commons vote, Mr Grayling told the Daily Mail: "People have to think long and hard about how they are going to vote. This is too important for political game-playing and I urge Conservative MPs who back Brexit and others to back the deal.

"If not, we risk a break with the British tradition of moderate, mainstream politics that goes back to the Restoration in 1660.

"MPs need to remember that Britain, its people and its traditions are the mother of Parliaments. We ignore that and the will of the people at our peril."

He said there would be a "different tone" in British politics if Britain failed to leave the EU and predicted a "less tolerant society" and a "more nationalistic nation".

"It will open the door to extremist populist political forces in this country of the kind we see in other countries in Europe," Mr Grayling told the paper.

"If MPs who represent seats that voted 70% to leave say 'sorry guys, we're still going to have freedom of movement', they will turn against the political mainstream."

Ms Soubry, who was branded a "Nazi" and a "liar" by a mob who targeted her during live television interviews outside Parliament on Monday, described Mr Grayling's comments as "irresponsible nonsense".

She tweeted: "The 15 yobs who have been roaming outside Parliament do not represent anyone but themselves. It's shameful to validate them in this way. Right-wing extremists have always existed #Brexit is just an excuse – this is their real agenda."

Mr Lammy said: "This is a desperate attempt by a Government minister to use a tiny far-right minority to hold our democracy to ransom. It is gutter politics.

"History shows us appeasement only emboldens the far right and impoverishing the country through Brexit will only increase resentment.

"To heal our nation, we need to provide a positive narrative that actually addresses the inequalities that have been allowed to ferment over recent years, rather than follow through with bogus solution that worsens them."

Liberal Democrat Brexit spokesman Tom Brake said: "Chris Grayling has lost the plot. This kind of scaremongering is not only dangerous, but it is embarrassing."

"I'm sure it will create feeling of unrest with people in all parts of the United Kingdom who didn't want to see us leave the European Union."

It comes amid reports that some Cabinet ministers believe Mrs May has run out of time to get crucial exit legislation through Parliament before March 29 – even if she wins the critical vote next week.

Meanwhile, two of the biggest donors to the Leave campaign said they believed Brexit would eventually be abandoned by the Government and that the UK would stay in the EU.

Billionaire businessman Peter Hargreaves, who pumped more than £3 million into the exit campaign, told Reuters: "I have totally given up. I am totally in despair, I don't think Brexit will happen at all."

Hedge fund manager Crispin Odey, who donated more than £870,000 to pro-Leave groups, said: "My view is that it ain't going to happen. I just can't see how it happens with that configuration of Parliament."

They attributed a lack of direction from Brexiteers as one of the reasons for their pessimism.