History of royal patronages as Meghan takes on charity roles 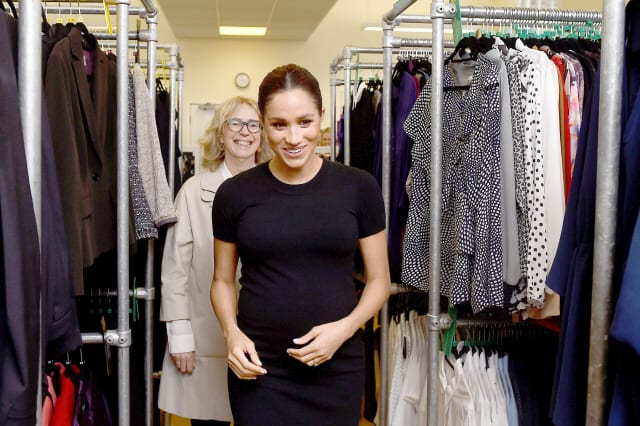 The Duchess of Sussex has become a fully paid-up member of the royal family by taking on her first patronages.

Lending their name and giving their time to charities is an important duty for the Windsors, and the associations often last for decades.

The royals are currently patrons or presidents of more 3,000 organisations and charities in total.

Meghan’s first four patronages represent a key step for the duchess, who is still in her first year as a newbie royal.

According to the royal family’s website: “Royal patronages add status to an organisation, and visits and involvement from a royal patron can often bring much-needed publicity.”

Meghan will have been inundated with requests from charities asking for her support since marrying the Duke of Sussex in May.

Members of the royal family each receive hundreds of pleas each year.

Most royals tends to limit their patronages to a manageable number to allow them to devote enough time to each.

The Duchess of Cambridge has 17 and has focused on early intervention for children.

The Queen and the Duke of Edinburgh have more than 1,000 patronages between them, many of which were inherited from previous monarchs.

According to he royal family’s website, the most influential member regarding patronages is still the Queen.

“The Queen’s patronage carries the most weight, and Her Majesty receives the most requests for patronages of all the members of the royal family,” the site says.

In 2016, following her 90th birthday, the Queen stepped down from 25 patronages, including the NSPCC, which was taken over by the Countess of Wessex, and the All England Lawn Tennis and Croquet Club, which went to Kate.

Now she has handed two over to Meghan, with the duchess becoming patron of the National Theatre and the Association of Commonwealth Universities.

But the monarch – the nation’s longest reigning sovereign – still has 599 patronages or associations.

Philip stepped down as patron or president of more than a dozen organisations when he turned 90 in 2010.

He was patron, president or a member of 785 organisations at his retirement in 2017, and continues his association with them behind the scenes.

Diana, Princess of Wales, made a shock announcement following her divorce in 1996, when she ended her links with more than 100 charities.

She resigned her position as patron or president from all but six – Centrepoint, the English National Ballet, the Leprosy Mission, the National Aids Trust, London’s Great Ormond Street Hospital for Sick Children and the Royal Marsden Hospital.

Those she stepped down from included Help the Aged, Barnardos, Relate and the Parkinson’s Disease Society.

The princess – William and Harry’s mother who died in a car crash in 1997 – said she made her decision “with great sadness”, but wanted to concentrate her efforts on fewer causes.

The first recorded patronage was George II’s involvement with the Society of Antiquaries in the 1700s.

The organisation was concerned with architectural and art history, conservation and heraldry.

It still exists today and and the Queen’s cousin, the Duke of Gloucester, is its patron.

Patronages generally reflect a royal’s interests, such as the Duchess of Cornwall, who is president of the National Osteoporosis Society after both her mother and grandmother died due to the brittle bone disease.