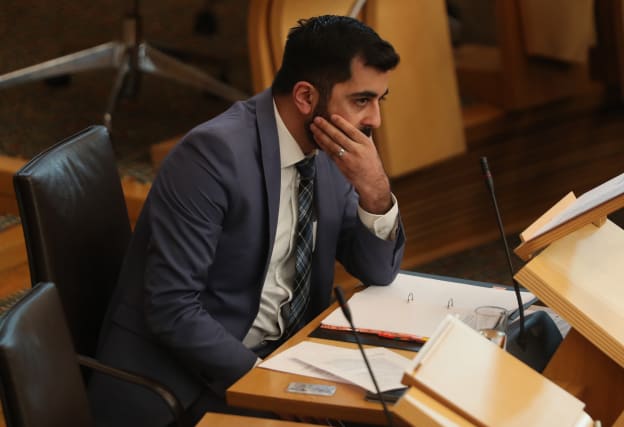 Introducing special measures to allow vulnerable witnesses to submit evidence without the need to attend court could help to mitigate re-traumatisation, MSPs have heard.

The Justice Committee in the Scottish Parliament is considering a Bill which would allow victims in the most serious cases to give pre-recorded evidence instead.

The proposals would initially focus on child witnesses in the most serious cases, with a view to then extending provisions to adults deemed to be vulnerable.

Cabinet Secretary for Justice, Humza Yosuaf, told the committee that introducing such measures could help to mitigate the potentially damaging impact of victims having to relive their experiences.

Mr Yousaf said: “The really big benefit for children, but also I hope when we extend to adults deemed vulnerable witnesses, is mitigating as best we possibly can the potential to re-traumatise through the court process and the court proceeding.

“That is something that we know can have a long-lasting impact. I think some of the evidence that I’ve heard in my conversations with the likes of, for example, Rape Crisis Scotland, would tell me that rape complainers will often say that the court process not just re-traumatised them, but in some respects, was even more traumatic than the actual incident and event itself.

“So being able to mitigate some of that re-traumatising will assist the court process in terms of efficiency.

“I think there’s a lot of benefits but the important point is we have to have safeguards there as well. The current safeguards that exist, I think are fairly good, are strong, but of course if there is need for improvement, then of course we should be open-minded to that.”

Mr Yousaf indicated that there would be a phased roll-out of the provisions included in the Bill, with each stage of the process evaluated and monitored.

Funding of around £1 million was provided by the Scottish Government in October 2018 in order to establish a facility in Glasgow in order to enable evidence to be pre-recorded ahead of court proceedings.

Facilities will include flexible hearing suites and vulnerable witness suites with a direct video link to court, a private evidence room with one-way glass to aid observation, and a specially designed sensory room with furnishings and quiet spaces.

The cabinet secretary indicated that the necessary technology and infrastructure would be provided to allow for expansion of the system across Scotland.

“I cannot stress strongly enough that I want to make sure the justice system is fully prepared and that the necessary IT and infrastructure is in place before moving from one phase to another,” said Mr Yousaf.

“We have already invested almost £1 million to create new vulnerable witness suites in central Glasgow and we have also just made another £1.1 million available to the Court Service and are continuing to work with them in relation to upgrading other venues and IT equipment so that the court infrastructure is ready for the increase in the number of witnesses having their evidence pre-recorded.”

Brexit briefing: 66 days until the end of the transition period

Student claims her dog, cat and rabbit are best of friends