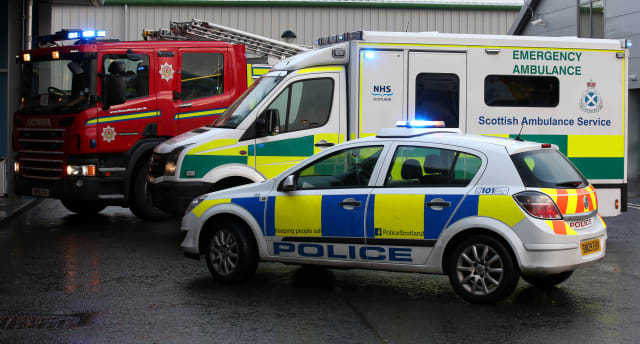 Five people have been taken to hospital after a bus and a car were involved in a crash near a roundabout in West Lothian.

The incident happened shortly before 1pm on Tuesday and emergency services were called to the scene at Ballencrieff Toll in Bathgate.

An air ambulance was among the vehicles that attended the crash, with three people taken to Edinburgh Royal Infirmary and two others taken to Forth Valley Royal Hospital.

A Scottish Ambulance Service spokesman said: “We received a call at 12.48pm today to attend an incident in Bathgate.

“We transported three patients to Edinburgh Royal Infirmary and two patients to Forth Valley Royal Hospital.”

Police closed the B792 road in both directions.

A Police Scotland spokeswoman said: “The road is currently closed as emergency services work to establish the extent of any injuries and determine the full circumstances surrounding this collision.”

West Lothian Council tweeted the road would be closed for “the remainder of the day” and school buses due to go along the route would be diverted.

A Scottish Fire and Rescue Service spokesman confirmed they were also in attendance.