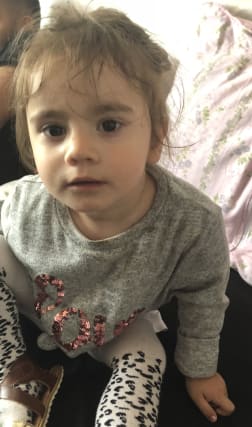 Police are searching for a 17-month-old girl who was abducted by a man as he stole her father’s car, Scotland Yard has said.

The parent met with the stranger in Manor Park, east London, shortly before 4.40pm on Sunday with a view to selling the Audi A5.

But the suspect leapt into the vehicle and drove away from Nine Acres Close, with the girl named Maria Tudricai sitting in the front passenger seat, officers said.

The black car – registration number FY58UAZ – was found abandoned nearby in Hatherway Crescent without the child.

Maria, originally from Romania, was said to live locally and was wearing a white top and red bottoms at the time she was taken.

Detectives said the man who took the car is described as a slim Asian man, who was dressed in black clothing.

Anyone with information should call the police on 999 or Crimestoppers anonymously on 0800 555 111.