FinnCap boss on a mission to tackle ‘awful’ City culture 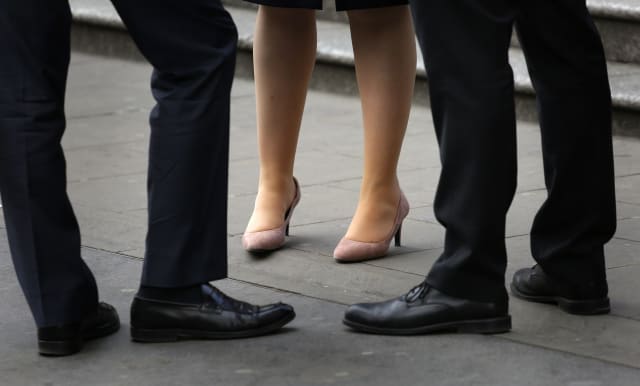 The boss of stockbroker finnCap has spoken out over the “awful” working culture in big City firms and said the industry still has a “long way to go” to get women into the boardroom.

Sam Smith, founder and chief executive of finnCap, told the Press Association that parents who work flexible hours or have to leave on time for childcare reasons are often made to feel like “second class citizens” in the Square Mile.

A working mother herself, Ms Smith said finnCap – which has just snapped up advisory firm Cavendish Corporate Finance and floated the combined group on London’s junior Aim market – has overhauled its maternity leave policy to encourage mums to return to work.

But she said finnCap is by far the exception.

“Big banks make you feel terrible for leaving at 5.30pm. That culture is awful,” she said.

Her comments come as gender diversity and equal pay have been thrust to the top of the agenda for many companies this year, thanks in large part to new rules forcing companies to reveal their gender pay gap.

It marked the latest move by the investment banking giant to increase the number of women in senior roles as the sector comes under fire over its gaping gender pay gap.

Having progressive maternity policies and encouraging flexible working is key to increasing the number of women in Britain’s boardrooms, according to Ms Smith.

“For me it’s about the culture in the firm and wanting to have a diverse workforce – it’s not just about putting a few women on the board.”

“It’s helpful to have female chief executives, but taking men out of the picture isn’t the answer,” she said.

“It’s about educating and getting the men on board – you do need to think about how to keep women.”

Having experienced first hand the struggles of leading a City firm and looking after her young daughter, Ms Smith has changed finnCap’s maternity policy to offer staff flexible working for at least the first couple of years.

Looking back on her experience, she said: “It’s pretty hard. We have changed our maternity policy on the back of it, because the first two years are a real struggle.”

FinnCap practices what it preaches, with 40% of its staff being female – while Cavendish also has around the same ratio.

The recent deal between the pair and subsequent successful listing has brought together two of the City’s most established names.

It marked a milestone for Ms Smith, who created finnCap in 2007 after leading a management buyout of the corporate division of wealth manager JM Finn.

The timing of the Cavendish deal and float posed challenges, given Brexit uncertainty and market wobbles, but Ms Smith said finnCap is no stranger to riding out turbulence.

She completed the original buyout in August 2007 – two weeks before Northern Rock collapsed at the start of the financial crisis.

On the recent IPO, she said: “It wasn’t the easiest thing to close in these markets, but the story is compelling and it’s a long-term growth story – it’s not just about the next six months.”

Ms Smith and Cavendish founder Lord Leigh of Hurley have high ambitions to take advantage of the shake-up in the sector, with consolidation rife as stockbrokers struggle amid new EU legislation, a difficult IPO market and a squeeze on commissions.

FinnCap – a corporate adviser and institutional brokerage for small-cap companies and private firms – eventually wants to double the size of the business.

After initial integration, it plans to look at securing more deals focused on the UK, but potentially also overseas in the future.

“We think it will be UK first, but who knows what’s going to happen,” said Ms Smith.