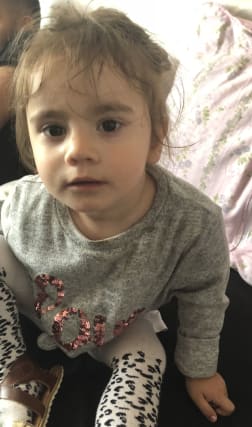 A family is celebrating after fraught hours where a 17-month-old girl was snatched along with the car she was sat in by a man who pretended to be buying the vehicle over Gumtree.

Maria Tudorica was abducted by the man who made a getaway in the Audi A5 from a street in Manor Park, east London, at about 4.40pm on Sunday while she was in a passenger seat.

The car was ditched without the child as police searched frantically, but police said at about 8pm that she had been found "safe and well".

Her car trader uncle, Gheorghe Stelica, told the Press Association he felt "born again" after learning she had been located.

Earlier that day, he had asked his brother, 35-year-old Claudia Stelica, to show the car to the prospective buyer as a favour because he was out of London.

"I put the car on sale today and one guy called me on my phone," the trader said.

"He didn't seem suspicious on the phone, he was talking very nicely. I said to him, 'If you don't want to wait for me, no problem.'"

The father met the stranger outside his brother's home in Nine Acres Close and placed the girl in the black car as he demonstrated the engine. But then the supposed customer asked to try it.

"He jumped up in the driver's side and – boom – straight away he went with the car," Gheorghe Stelica said.

The family were in pieces.

Teacher Nazneen Saleh, a 25-year-old visiting her parents in the street, said a woman she believed was Maria's grandmother was in a "frenzy".

The car, listed on Gumtree for £4,650, was found abandoned in Hathaway Crescent but Maria, dressed in a white top and red bottoms, was absent.

Scotland Yard, however, announced at 8pm that she had been found "safe and well" in the nearby Ruskin Avenue area.

Delighted to report that missing child Maria Tudorica aged 17months has now been found safe and well in the Ruskin Avenue, E12 area. Thanks to media and all members of the public who have helped with this appeal.

"(My brother) he's happy. He thanks so much the police for their service."

Police did not say whether they had apprehended a suspect, who they earlier described as a slim Asian man dressed in black clothing.

Anyone with information should call the police or Crimestoppers anonymously on 0800 555 111.