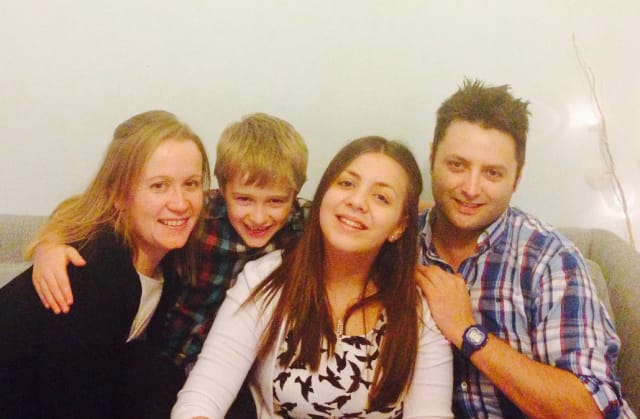 The widow of a police officer found dead in a burn after a night out has paid tribute to her “amazing husband” on the day of his funeral.

Police believe the death of Pc Dean Morrison in Carnoustie, Angus, before Christmas was a tragic accident.

The 40-year-old’s body was discovered at Barry Burn on December 16.

On Friday the flag at Police Scotland’s Tayside division headquarters was flown at half mast as a service took place for father of two Mr Morrison in Carnoustie.

His wife Emily said in a statement: “I would like, on behalf of Dean’s family, to take this opportunity to thank our friends and Dean’s ‘Police family’ for their support and kindness during this very difficult time.

“I would particularly like to thank those of you have taken the time to post so many kind comments on social media platforms which have given us insight into the character of the Police Officer we all knew, loved and have now lost.

“Dean was ‘my double up’ in life, an amazing husband, son, brother, uncle and truly wonderful, loving and devoted father to his daughter and son.”

Mr Morrison was a police officer for 16 years, having joined Tayside Police in 2002.

He worked in Dundee, and was most recently stationed at Longhaugh Police Office.

“Today’s poignant service is in recognition and to pay tribute to a respected officer and our thoughts remain with his family and friends at this difficult time.”

Deputy Chief Constable Fiona Taylor added: “Police Scotland was fortunate to have had PC Morrison during his 16 years of service.

“He was a highly respected, popular and professional officer and is sadly missed. The thoughts of his colleagues are with his family and friends.”