Hunt: Briton held on spying charges must not be used as pawn by Russia 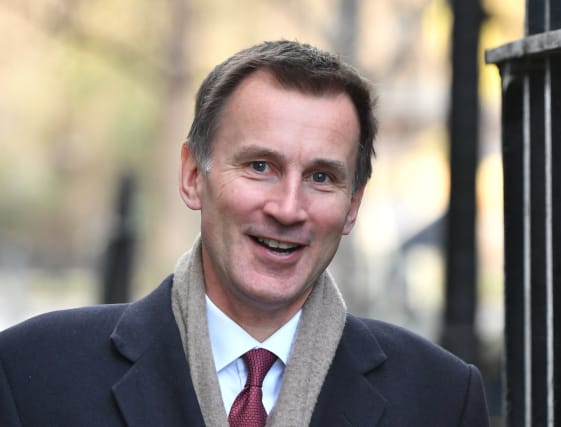 Jeremy Hunt has warned Russia not to use UK citizens as pawns in “diplomatic chess games” after a former US Marine was arrested on spying charges.

The Foreign Secretary said Paul Whelan, a 48-year-old who lives in Michigan in the US, was being given “every support that we can” after it emerged that he was a dual British national.

Speaking during a formal visit to Singapore, Mr Hunt told Sky News that “individuals should not be used as pawns of diplomatic leverage”.

He added: “We are giving him every support that we can, but we don’t agree with individuals being used in diplomatic chess games.

“Because it is desperately worrying, not just for the individual but their families, and we are extremely worried about him and his family as we hear this news.”

His twin, David Whelan, said his brother’s “innocence is undoubted and we trust that his rights will be respected”.

The detention comes at a time when diplomatic tensions between Russia and the UK are particularly strained.

Accusations made by former foreign secretary Boris Johnson that the Kremlin was behind the nerve agent poisoning of Sergei Skripal and his daughter Yulia in Salisbury last year were dismissed by Vladimir Putin.

Further testimony during the recent Old Bailey inquest linking Russia with the death of UK-based multimillionaire Alexander Perepilichnyy, before he was due to testify in accusations of serious organised crime in the eastern European country, did little to soothe relations.

Mr Whelan is a retired Marine who has British citizenship through his parents.

He was in Moscow to help plan the wedding of another former Marine because he had been to Russia several times before, his brother said.

The US Embassy in Moscow advised the British Embassy in Moscow on Thursday that a US citizen detained by the Russian authorities on December 28 informed them that he holds British citizenship, and therefore requested consular assistance from the UK.

A Foreign Office spokesman in London said: “Our staff have requested consular access to a British man detained in Russia after receiving a request for assistance from him.”

Mr Whelan’s lawyer, Vladimir Zherebenkov, said he has appealed to the court against the detention of his client and requested he is released on bail.

He said: “I have sent an appeal against Whelan’s detention. In my appeal I am asking to change my client’s measure of restraint from arrest to release on bail to the sum determined by the court.”

Mr Zherebenkov said Mr Whelan, who faces a jail term of up to 20 years if convicted, remained in good spirits when he spoke to him on Wednesday this week.

It comes as Mr Hunt reiterated his attempts to broker the release of British-Iranian charity worker Nazanin Zaghari-Ratcliffe, who has been held in Tehran since April 2016 convicted of spying.

She is part-way through a five-year jail term and continues to strongly maintain her innocence.