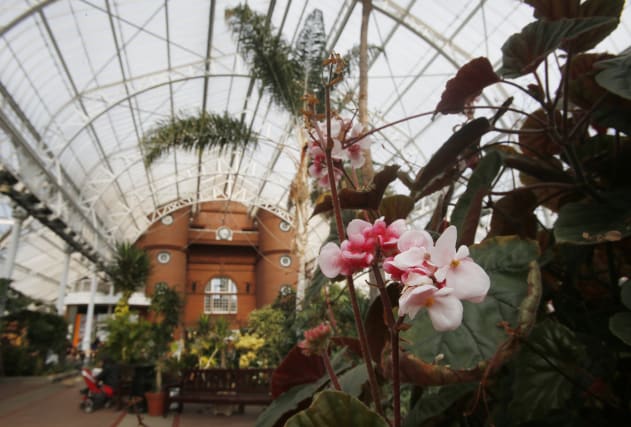 A row has broken out over the maintenance of plants at a Glasgow attraction after it shut for building works.

The People’s Palace museum closed on December 30 along with the adjoining Winter Gardens, with the former expected to reopen at Easter.

Labour MP Paul Sweeney raised concern for the gardens’ exotic plants after claims the heating had been turned off and all active maintenance halted.

He said the move would be considered “an appalling act of civic vandalism”.

But Susan Aitken, the SNP leader of Glasgow City Council, rubbished the suggestion and accused the MP for Glasgow North East of “making things up”.

She tweeted: “The heating will stay on, the most important species have been moved to other glasshouses & the remainder will be maintained as required.”

Mr Sweeney responded: “Not according to a senior official in the parks department who I spoke to today.

“The heating has been turned down to a ‘minimal level’ and they said they won’t be maintaining remaining plants as none are regarded as of ‘horticultural value’, but that is beside the point isn’t it.”

The MP said the council had not briefed its own councillors on plans for the attraction, and accused bosses of “a total lack of transparency”.

The future of the Winter Gardens remains unclear, with the cost of necessary repairs an estimated £5-£7.5 million.

The council said the sealant used to secure thousands of windows in the Victorian glasshouse, where the museum’s fire escapes are located, needs to be replaced.

A pane of glass fell into the public area of the building in 2016.

The council said in November a feasibility study to be put before councillors will explore options for the People’s Palace, Winter Gardens and other historic glasshouse structures.

Responding to suggestions the heating had been turned off, a spokeswoman said on Thursday: “We have not turned the heating off in the Winter Gardens and have no intentions of doing this.

“We want to reassure any concerned citizens that we have already moved the plants of significant horticultural value, as previously agreed, to our other glasshouses across the city and we will continue to maintain any remaining plants.”