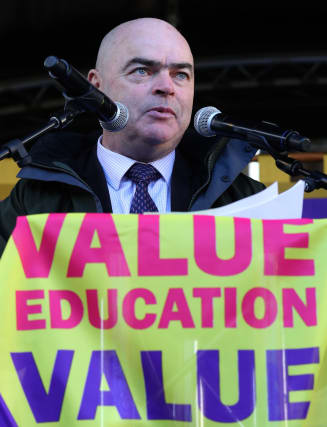 A project to tackle the impact of child poverty in education is being developed by Scotland’s largest teaching union and the Scottish Government.

The government-funded scheme will see the Educational Institute of Scotland (EIS) produce a package of resources to address the damaging effect of poverty on children in Scottish schools.

Both online and paper-based learning material will be created along with workshops for teachers and headteachers, which the EIS say will be “underpinned by research, though with a strongly practical focus”.

Once complete, the package will be rolled out to schools across Scotland.

EIS General Secretary Larry Flanagan said: “The EIS is pleased to be working with the Scottish Government on this important project, which continues our shared commitment to tackling poverty however its effects manifest themselves in education.

“This builds on our ongoing work in this area, which has previously included the provision of guidance to schools on ‘poverty-proofing’ education provision.

“This work is more important than ever, as was confirmed in the recent report of the United Nations Rapporteur on Extreme Poverty and Human Rights Report which highlighted deeply troubling rates of child poverty in the UK as a result of low rates of pay and cuts to social security provision, and acknowledged the ongoing work in Scotland to mitigate these factors and to tackle poverty more widely.”

The project has been funded until November 2020, with a £250,000 commitment from the Scottish Government, with two project leaders appointed by the EIS develop the scheme.

Gillian Hamilton, strategic director at Education Scotland and chair of the advisory board, added: “This partnership approach to the development and delivery of professional learning for teachers and head teachers, focusing on addressing the effects of poverty in education, has the potential to make a significant difference to the lives of many young people in Scotland.

“There is a strong commitment from the EIS to ensure that practising teachers are actively engaged in the design and continued delivery of the learning.

“This will be an important factor in the sustainability of the project.”