British firms ramp up stockpiling in preparation for no-deal Brexit 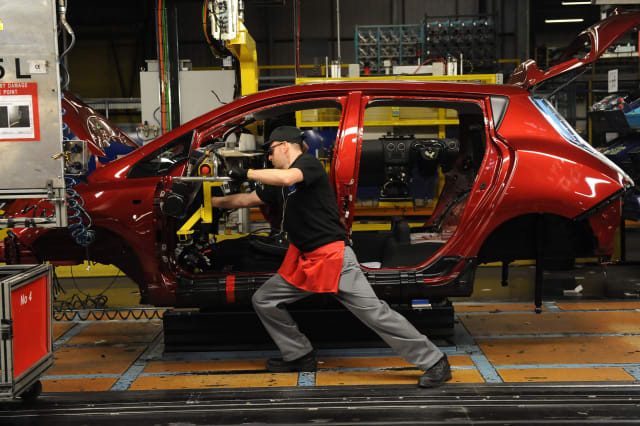 British manufacturers are stockpiling goods at near record rates in preparation for a calamitous no-deal Brexit.

The Markit/CIPS UK manufacturing purchasing managers’ index (PMI) showed a reading of 54.2 last month, higher than the 53.6 recorded in November, and a six-month high.

A figure above 50 indicates growth and economists were expecting a reading of 52.5.

Businesses importing goods from the EU will face severe disruption in the event of a no-deal Brexit, which is looking ever more likely.

The survey showed that uncertainty over the impact of Brexit influenced manufacturers’ purchasing activity, stock levels and business confidence in December.

Buying volumes increased as companies implemented plans to reduce supply-chain disruption if Britain crashes out of the EU without a deal.

As a result, inventories rose at the fourth-fastest rate in the survey’s 27-year history and a rise in finished goods stocks in December was the second-strongest since the survey began in 1992.

Rob Dobson, director at IHS Markit, which compiles the survey, said: “December saw the UK PMI rise to a six-month high, following short-term boosts to inventory holdings and inflows of new business as companies stepped up their preparations for a potentially disruptive Brexit.

“Stocks of purchases and finished goods both rose at near survey-record rates, while stock-piling by customers at home and abroad took new orders growth to a ten-month high.”

Firms also cited Brexit and exchange rate uncertainties as weighing on their outlook for the year ahead.

“Uncertainties regarding Brexit disruption on supply chains and the exchange rate are also weighing on business confidence. Although manufacturers forecast growth over the coming year, confidence remains at a low ebb,” Mr Dobson added.