Millennial railcards to go on sale 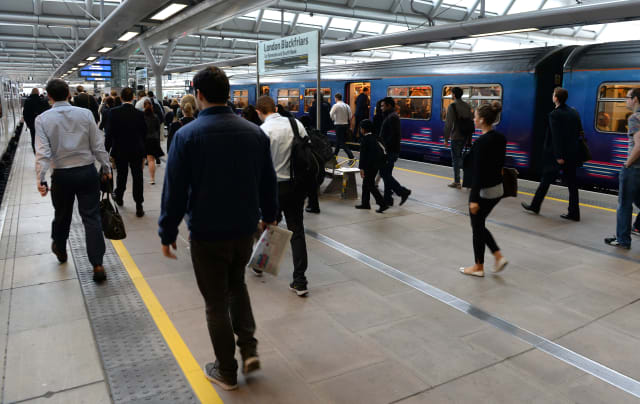 A railcard for people aged between 26 and 30 will go on general sale at noon on Wednesday.

The discount cards sold out within hours when 10,000 were made available in March as part of a trial.

Transport Secretary Chris Grayling also set out plans which could allow more than a million teenagers to benefit from cut-price travel later this year.

The new 16 & 17 Railcard will be launched this coming September with up to 1.2 million young people guaranteed a 50% discount on rail travel to coincide with the new academic year.

Mr Grayling said: “The new 16 & 17 and 26 to 30 railcard will cut fares for a generation of travellers, ensuring more young people than ever will be able to travel on our railways for less.

“Today’s announcement of a new 16 & 17 Railcard could cut the cost of travel by hundreds of pounds a year for young people and their parents, making it cheaper to get to school, college and work.

“This builds on the roll-out of the new 26 to 30 Railcard and our record investment into our railways, ensuring people get the frequent, affordable and reliable journeys they deserve.”

The 26-30 scheme, the so-called millennial railcard, is being made available for all 4.5 million Britons after the impact on revenue and passenger numbers was assessed.

The cards cost £30 each year and save a third off most fares.

There are no discounts on season tickets and a £12 minimum fare applies to all journeys between 4.30am and 10am, excluding weekends and public holidays.

The card must be downloaded on to a smartphone and is aimed at leisure travellers.

It is the first nationwide railcard available for people travelling alone who are aged 26-59 and not disabled or in the armed forces.

Cardholders save an average of £125 a year, according to industry body the Rail Delivery Group (RDG).

It commissioned a survey of users which found that 85% of respondents said the card encouraged them to make journeys to visit friends or relatives, while around a third said they were more likely to make a shopping trip due to the discounted travel.

“We’re hoping that this seventh addition to the railcard family will encourage more people to make journeys to visit friends, family and explore more of Britain by rail.”

The RDG initially said the roll-out of the card would take place before the end of last year, but this date was pushed back to Wednesday to avoid launching it over a bank holiday.

The delay meant people born on January 1 or 2 1988 were unable to purchase the card before becoming ineligible due to being too old.