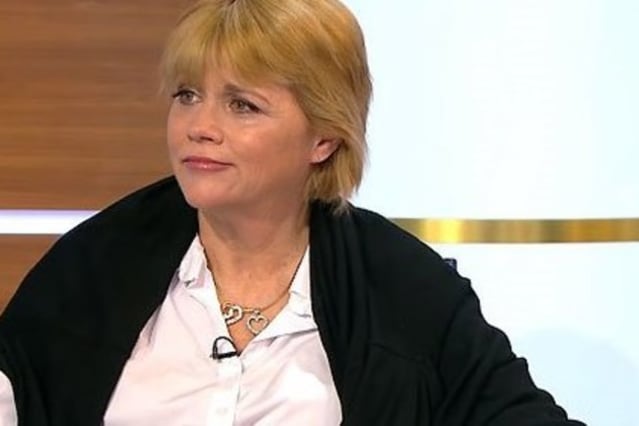 The Sunday Times reported on Sunday, December 30, that Markle, who has repeatedly criticized the former Suits star since her engagement and marriage to Prince Harry, has been flagged by the police royalty and specialist protection unit.

Because of her continued interviews and tweets, in which she has taken aim at the newlyweds, she reportedly poses a "reputational risk" to the royal family.

A Scotland Yard source told the Times, "Someone like Samantha presents a risk rather than a threat. She is not committing criminal offences, but she is causing concerns for the royal family."

"There is big potential for some major embarrassment for the royals," the source continued. "Samantha could make a scene and create headlines with her actions — and let's face it, she's kind of already done that."

The 53-year old, who lives in Florida, flew to England in October, where she was seen in her wheelchair outside Kensington Palace. She has also slammed the Duchess of Sussex recently, claiming that the couple's Christmas card, which showed them watching fireworks at their May wedding, was a sign that she had turned her back on her family.

She also dissed the pregnant royal after Meghan, who is expecting he first child in the spring, snubbed a Christmas card that Samantha shared publicly. The aspiring author, who was not invited to the couple's wedding at Windsor Castle, told Meghan that it was time to "end the rift" with their father, Thomas Markle.

Meghan and her father haven't spoken since the day after she wed Harry. The former TV lighting director, 74, didn't attend the nuptials after suffering a heart attack in the wake of a paparazzi photo scandal. He has since angrily spoken about their estrangement in several interviews and labeled the royal family as "cult-like" — "like Scientologists or the Stepford family."

A source told Us Weekly earlier this month that the former actress, 37, has "completely cut" off her father after all of his "betrayal."

The duchess' personal protection officers are believed to have spoken to detectives from Scotland Yard's Fixated Threat Assessment Centre about Samantha, according to the Times. The FTAC's website says its purpose "is to assess and manage the risks from lone individuals who harass, stalk or threaten public figures."

Security sources tell the Times that Samantha's "pattern of unwanted and persistent behavior" would have been discussed by the duchess and her protection officers "during briefings."

Samantha responded to the report on Twitter on Sunday, tweeting, "This is ridiculous as I'm in an electric wheelchair and I live on a different continent LOL and advocating for doing the right thing by our dad is hardly fixation. Stop your lying nonsense or be sued."

Kensington Palace declined to comment to the Times and Scotland Yard told the newspaper, "We do not confirm the identity of any person who may or may not be of interest to the police unless that person has been charged."