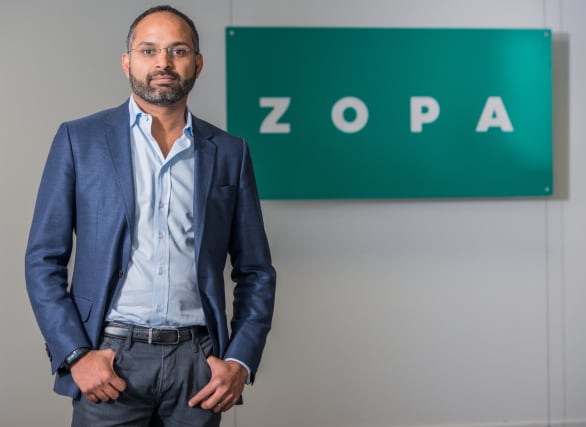 The boss of Britain’s oldest peer-to-peer lender has revealed aims for a future stock market flotation under plans to take on the major high street banks.

Zopa boss Jaidev Janardana told the Press Association the group would consider the move in two or three years’ time to help it expand after securing a banking licence from the City watchdog.

He wants to become a “major force in retail banking”, with the peer-to-peer pioneer taking its ethos of market disruption into the sector dominated by the major high street lenders.

Mr Janardana said while Zopa has been funded by equity investors and venture capital until now, an initial public offering (IPO) would be a natural next step to help fund its banking ambitions.

It comes after the group recently raised £60 million in its biggest funding round to date.

He said: “Now we are entering the banking business, that’s a lot more capital intensive and we’ll be raising a lot more money.

“In the short-term, we will continue to be privately funded, but in two or three years’ time, the public market would be something we would consider.”

He added while the group is focusing its initial attentions on credit cards, fixed-term savings and a money management app, it would also be interested in moving into mortgages eventually.

The recent success in being awarded a banking licence, with restrictions, from the Financial Conduct Authority means it can now begin to test its products before being given the full approval by the regulator.

Zopa, which was created 13 years ago, will start to roll out new products next
year with the aim to provide an alternative offering that uses tech innovation to its best advantage and offers more control and a better service to customers.

The group will not have introductory offers or penalise existing customers, Mr Janardana stressed.

It also wants to integrate its peer-to-peer offering with the banking proposition, where practical, for example by allowing credit card customers to convert their debt into a pay-down loan on the peer-to-peer platform.

Mr Janardana said Zopa can offer a better alternative to the major players by cutting out product complexity.

“We want to keep our core design simple,” he said.

“Product complexity is a source of consumer dissatisfaction and distrust.”

The group believes it is also at an advantage by having its own purpose-built IT systems, helping it avoid some of the embarrassing service woes experienced this year by the likes of TSB.

“Being small and new is a huge advantage,” Mr Janardana said.

“We’re not dealing with legacy systems that were built sometimes in the 1970s and 1980s and weren’t designed for the internet.”

The company joins other banks challenging traditional high-street lenders for a share of the retail banking market, such as mobile-only firms Monzo, Starling
and Atom.

Zopa wants to draw on the success of its peer-to-peer loan and investment offering, having approved nearly £4 billion in personal loans and notching up 500,000 customers since its launch in 2005.

It has lent £1 billion in the last 12 months alone.

“I’d be very disappointed if we’re not a top 10 player in the next three to four years,” said Mr Janardana.

“Our aim is to be the largest bank in the UK, in terms of happy and satisfied customers.”