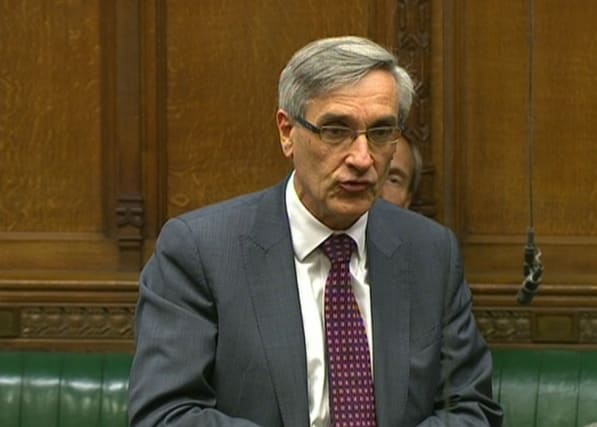 Campaigners for a second EU referendum have accused Theresa May of weakness after one of Parliament’s most prominent Brexiters was made a knight in the New Year’s Honours list.

John Redwood was one of the Eurosceptic Cabinet ministers branded “bastards” by John Major as he fought to ratify the Maastricht Treaty in 1993, and has continued to fly the anti-EU banner in the Commons ever since.

With the crunch vote on Theresa May’s EU Withdrawal Agreement due within the next three weeks, Westminster has been buzzing with speculation that honours may be deployed as a means of luring MPs to back the Prime Minister.

And a leading supporter of the Best for Britain campaign, Liberal Democrat MP Layla Moran, said the announcement brought “dishonour” on the honours system.

“I cannot see how it is anything but a desperate attempt to blunt criticism of the Prime Minister’s Brexit deal by dangling a knighthood or two in front of MPs,” said Ms Moran.

“All this does is erode trust in politics. Knights of the realm are meant to represent the best of being British, not backstabbing Brexit extremists like John Redwood.

“It just shows how weak Theresa May is that she is seen to be rewarding him for his behaviour.”

In an apparent bid to reassure supporters that he will not be swayed by his gong, Mr Redwood published a blog just days ahead of the announcement of his honour outlining “Eight things wrong with the Withdrawal Agreement”.

Mr Streeter, who backed Remain in the 2016 referendum, has already made clear that he supports the Prime Minister’s deal.

A banker and academic, Mr Redwood headed the 10 Downing Street policy unit under Margaret Thatcher from 1982-87, where he was a champion of privatisation.

He entered Parliament as MP for Wokingham in 1987 and rose to Cabinet rank in 1993 as Wales secretary, where his most memorable moment came when he attempted to mime the Welsh national anthem despite clearly not knowing the words.

His clash with Mr Major over Europe came to a head in 1995 when the Prime Minister called on his critics to “put up or shut up” and resigned to permit a leadership contest.

Mr Redwood stood against him but received only 89 votes to Mr Major’s 219. After being defeated in a second bid for the leadership in 1997, he returned to the Tory frontbenches from 1997-2005 under William Hague and Michael Howard.

An early supporter of an in-out referendum on Europe, Mr Redwood has argued since the 2016 Brexit vote for a clean break from the EU which he said should be “quick and easy”.

The 67-year-old investment strategist told the Press Association he saw his knighthood as “a great honour”. Alongside his political work, he is a fellow of All Souls College, Oxford University, and has supported the children’s charity, Variety.

Mr Streeter, 63, entered Parliament in 1992 as MP for Plymouth Sutton and has represented South West Devon since 1997.

A solicitor by profession, he was a junior minister in the Lord Chancellor’s Department in the final years of the Major administration before serving as Mr Hague’s shadow international development secretary from 1998-2001.

A committed Christian, he told PA that he hoped his honour came in part in recognition of his work over the past 10 years as the chairman of the all-party group on Christians in Parliament and mentoring new MPs after their arrival at Westminster.

“I am deeply honoured,” said Mr Streeter. “As far as I am concerned, I want to dedicate the award to my wife and family for supporting me through the last quarter of a century at Westminster, which has involved sacrifice on their part.”

A history teacher before entering politics, Mr Campbell, 61, has represented Tynemouth since 1997.

He served as a whip in Tony Blair’s government and was a minister in the Home Office for two years under Gordon Brown.

He was appointed opposition deputy chief whip by Ed Miliband in 2010 and remains in that position under Jeremy Corbyn’s leadership.

Mr Campbell told PA: “It is a great honour to receive this award. My first priority has always been and still is my constituency and that includes issues around the regeneration of seaside and coastal towns.

“If this award is a recognition of that, then that is great.

“I think it also recognises my work in government and in opposition. I have been deputy chief whip for the last eight years and these have been pretty turbulent times for our politics and challenging times for Parliament.

“So if my efforts to keep things working are being acknowledged, that is very pleasing.”

Whitehall honours included a knighthood for Roy Stone after more than 40 years in the civil service under seven prime ministers, including stints as director of House of Commons business managers, principal private secretary to the Government Chief Whip and parliamentary clerk to the PM.