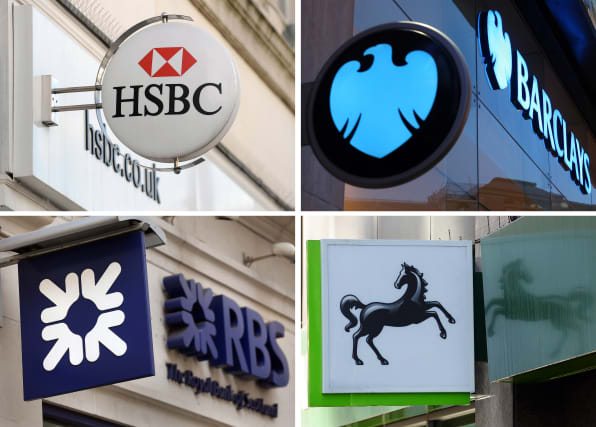 The banking sector is set to remain under pressure in 2019 as uncertainty surrounding Britain’s departure from the European Union looms ever larger over the City.

Shares in Britain’s major banks were hit this year as uncertainty grew on how Brexit will take shape and this is expected to continue next year ahead of the UK’s official departure on March 29.

Michael Hewson, chief market analyst at CMC Markets, said the rally seen in the FTSE 350 bank index after the referendum on Britain’s membership of European Union in June 2016 ran out of steam this January and has been declining steadily since.

“What appears to have held the banks back appears to be the continuing uncertainty over the Brexit negotiations… as can be seen from this year’s price performance in contrast to 2017 when only Barclays’ share price underperformed, declining over 10%.”

He said the next few days and weeks are likely to determine the share price performance of the major banks.

With fewer than one hundred days to go until Britain leaves the bloc, Prime Minister Theresa May’s deal is far from being approved by Parliament and both the Government and the EU Commission are preparing for a possible no-deal.

Mr Hewson said some clarity over Brexit could prompt a rally in bank shares, while continued uncertainty would keep prices in the doldrums, and the prospect of a Jeremy Corbyn-led Labour government could drive share prices even lower.

Next year, banks and other financial services firms are expected to continue implementing contingency plans to move some UK business and staff to rival financial hubs such as Dublin, Paris and Frankfurt to protect passporting rights that allow them conduct business across the EU.

Royal Bank of Scotland returned to profit for the first time since the financial crash when it received a £45 billion bailout from the Government, and settled a string of legacy issues including a 4.9 billion US dollar settlement with the US Justice Department over subprime loans from 2007.

The Government reduced its stake in RBS to 62% from 70% with the lender’s chief executive, Ross McEwan, indicating that he wants to oversee its return to private hands.

Earlier this year, rival Barclays agreed to pay two billion US dollars to the US Justice Department to settle claims over the sale of mortgage-backed securities in the lead up to the financial crisis.

Barclays chief executive Jes Staley was fined by the Financial Conduct Authority (FCA) for his attempt to unmask a whistleblower, and the bank was fined 15 million US dollars over the scandal in the US.

The bank is also under pressure from US activist Edward Bramson who is thought to want to sell much of the investment banking arm.

Santander was also fined £32.8 million by the City watchdog for “serious failings” in processing the accounts of deceased customers.

Lloyds Banking Group is in the midst of a £3 billion restructuring programme to focus on its digital capabilities, which will see 6,000 jobs cut but 8,000 new roles created.

Elsewhere, challenger banks vied for part of the RBS’s £775 million fund aimed at increasing competition in the banking sector.

Eleven banks, including mobile-only lenders Monzo and Starling, were approved for the £350 million incentivised switching scheme.

Applications for a separate £425 million Capability and Innovation Fund is under way and the results will be announced in February.

TSB, meanwhile, had a torrid year after an IT meltdown in April left 1.9 million customers unable to access their accounts.

This year also saw the rise of digital-only challenger banks entering the fray with the likes of Zopa and Revolut winning banking licences and Tandem Bank regaining their licence.