Ministers will discuss the Gatwick Airport drone drama in a Christmas Eve conference call as detectives examine a damaged drone in a bid to catch the culprits. However, the investigation was thrown into confusion after police admitted that there may not have been a drone attack. 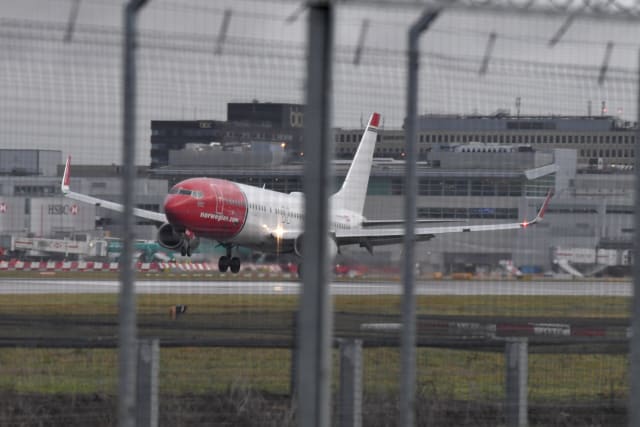 A 47-year-old man and a 54-year-old woman who were arrested in the probe were released without charge after two nights in custody as police said they were no longer suspects.

Sussex Police insisted the force was "not back to square one" as investigators probe 67 sightings and forensically examine a damaged drone found near the runway's perimeter.

Gatwick Airport has offered a £50,000 reward, through Crimestoppers, and another £10,000 has been put up by the charity's chairman Lord Ashcroft to catch the culprits responsible for the chaos, which affected around 140,000 passengers.

Detective Chief Superintendent Jason Tingley said he hopes the money will persuade someone to come forward with the vital clue.

Asked about speculation there was never a drone, he said: "Of course, that's a possibility. We are working with human beings saying they have seen something."

But he later clarified: "We are actively investigating sightings of drone activity at Gatwick Airport following 67 reports from the evening of December 19 to December 21 from the public, passengers, police officers and staff at the airport," he said.

"We are interviewing those who have reported these sightings, are carrying out extensive house-to-house enquiries and carrying out a forensic examination of a damaged drone found near the perimeter of the airport near Horley, which is close to the last reported sighting."

He said there were some "persons of interest" but would not reveal if police were close to making any further arrests.

Around 1,000 flights were cancelled or diverted across three days after drones were spotted inside the perimeter of the UK's second biggest airport on Wednesday.

A Government source said that the disruption at the airport would be discussed in a conference call on Christmas Eve, which ministers will be involved with.

Mr Tingley said there is no video footage available and investigators are trying to confirm sightings from members of the public, police officers and ground staff, as well as forensically examining the damaged drone, which was found near the runway's perimeter, in Horley, by a member of the public.

But he explained the examination could be hampered by the wet weather on Friday and Saturday, which could have washed away evidence.

And he could not rule out the risk the culprits would strike again at Gatwick or another airport.

"Someone, somewhere knows either the perpetrator or perpetrators responsible for this, or has information relating to these incidents," he said.

"But secondly, our tactical response, should there be any more drone sightings, is still in place."