Gatwick drone police: We are not back to square one 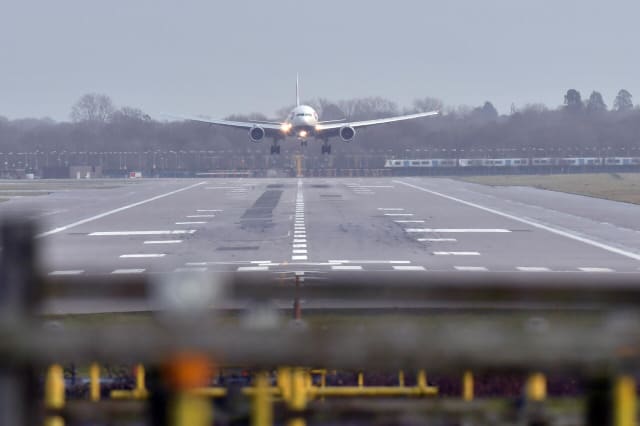 Detectives hunting the Gatwick Airport drone operator insist they are “not back to square one”, despite dismissing the two prime suspects initially held over the investigation from their inquiries.

Sussex Police said there were some “persons of interest” – particularly following the discovery of a damaged drone inside the airport’s perimeter fence – following the decision to release a man and a woman from nearby Crawley without charge.

The pair, aged 47 and 54 respectively, made no comment as they darted inside their home on Sunday morning, having been arrested on Friday evening following a “tip-off” from a member of the public.

Detective Chief Superintendent Jason Tingley said: “We are not back to square one. Whilst these two people have been in custody, we have a number of lines of inquiry and persons of interest.”

Asked about speculation there was never a drone, he said: “Of course, that’s a possibility. We are working with human beings saying they have seen something.

“Until we’ve got more clarity around what they’ve said, the detail – the time, place, direction of travel, all those types of things – and that’s a big task.”

But he said one of the “working theories” was that the damaged drone found close to the airport in Horley was responsible for causing the disruption.

He said: “Always look at it with an open mind, but actually it’s very basic common sense that a damaged drone, which may have not been there at a particular point in time has now been seen by an occupier, a member of the public, and then they’ve told us, ‘We’ve found this’.

“Then we go and forensically recover it and do everything we can at that location to try and get a bit more information.”

Around 1,000 flights were cancelled or diverted after drones were spotted inside the perimeter of the UK’s second biggest airport on Wednesday and approximately 140,000 passengers were affected.

Mr Tingley said police were running a three-pronged investigation including working through information relating to “persons of interest”, investigating more than 67 drone sightings and forensically examining the damaged drone.

But he explained the examination could be hampered by the wet weather on Friday and Saturday, which could have washed away evidence.

And he could not rule out the risk the culprits would strike again at Gatwick or another airport.

But Mr Tingley said he hoped the reward money – £50,000 from Crimestoppers and an additional £10,000 from the charity’s chairman Lord Ashcroft – would persuade someone to come forward with the vital clue.

“Someone, somewhere knows either the perpetrator or perpetrators responsible for this, or has information relating to these incidents,” he said.

“But secondly, our tactical response, should there be any more drone sightings, is still in place.”