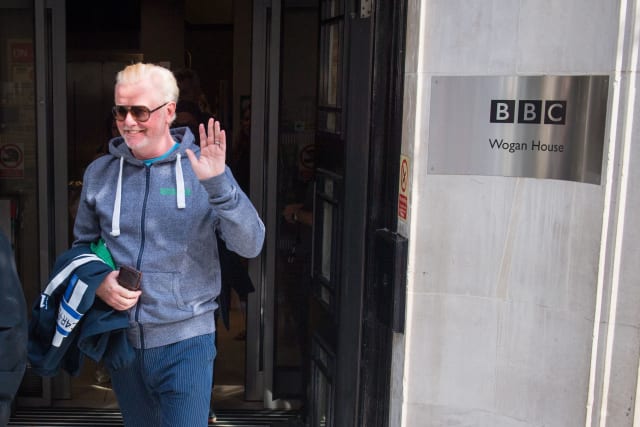 Chris Evans will bid a festive farewell to BBC Radio 2 show after hosting his breakfast show for nearly a decade.

The broadcaster, who has been at the station since 2005 and has had the breakfast slot since January 2010, is departing in order to return to Virgin almost 20 years after he left.

Evans announced in September that he was quitting Radio 2, and has previously rubbished suggestions that money had been a factor in his decision, following reports at the time his new role was said to be worth £2 million.

Earlier this year, his BBC salary was shown to be between £1.6 million and £1,669,999 as the corporation revealed earnings of its top talent in its annual report.

The former TFI Friday and Top Gear host’s Christmas Eve show will be his last before he is replaced by Zoe Ball in the New Year.

Prior to that, Evans landed one of the most sought-after jobs in the industry – the BBC Radio 1 Breakfast Show – in 1995.

He returned to the airwaves as the host of Virgin Radio’s breakfast show – and his production company Ginger Media Group also snapped up the station for £85 million.

The DJ hosted the show from 1997 to 2001, when he was sacked for “breach of contract”, having failed to turn up for a week of shows.

He returned to the BBC as a presenter on Radio 2 in 2005, and presented a show in the drivetime slot before scoring his own breakfast show five years later.

Listening figures were and have remained healthy, with Evans hosting the UK’s most popular radio programme in that timeslot.

When he announced his departure in September, Evans told listeners: “Some of us are mountain climbers and, if you get to the top of your favourite mountain, you become a mountain observer, so I’ve got to keep climbing.

His Virgin Radio breakfast show will begin on January 21.