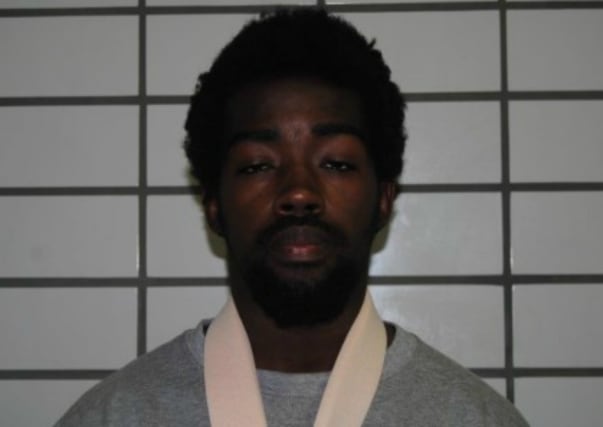 A family grieving the loss of two sons to knife crime have agreed to release an image of the bloody murder weapon used in one of the attacks as a shock deterrent.

The large kitchen knife was used to kill Mohamed Aadam Mohamed, 20, on September 4 2017.

The graphic image was released by police as 19-year-old Erick Ekam was being sentenced at the Old Bailey for murder.

The court had heard that Ekam stabbed Mr Mohamed in the back after a brief confrontation in Hampstead Road, Camden, north London.

The victim fled across the road and collapsed in the street in front of a plain clothes police officer, who witnessed the attack and gave chase.

Ekam threw away his knife before being arrested nearby.

After a trial at the Old Bailey, Ekam, of Camden, was found guilty of murder on Thursday.

Detective Chief Inspector Noel McHugh, of Scotland Yard, said: “Ekam is a wicked, dangerous young man who went out with a knife, intent on inflicting harm.

“His mindless actions have robbed a family of a much-loved son. They are a remarkable family who have lost two sons to knife crime in six months and a cousin five years ago. They have been so supportive and dignified.”

In a statement Mr Mohamed’s mother, Fowsioa Abdi, said: “There are really no words in existence that accurately describe or quantify the pain and grief that the murder of our son has left us to bear.

“Mohamed was ripped from the hearts of four other siblings that day, a father, mother, cousins, aunts, uncles, grandmas and friends, all of whom he shared a unique individual relationship with.

“He was a young man with great ambitions and life goals. He had invincible confidence and would often say ‘Just wait ’til I’m older and see what I achieve’.

“Losing a loved one is painful enough, but to hear and see the way in which he was so swiftly taken away from us makes the pain indescribable.

“We honestly have no idea where we will begin to recover from this tragedy.

“Our only hope at this point is that the individual responsible for his death has been brought to justice.

“Although it will never remedy or console the immense hole that now resides in all our hearts, it will at least honour his memory with knowing that those responsible did not escape the consequences.”