Gatwick drone chaos: What we know so far 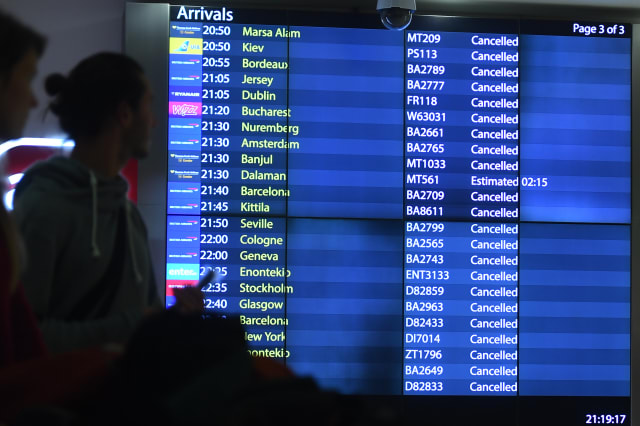 Gatwick remains closed due to a drone flying close to the airport. Here is everything we know so far.

– The disruption began at about 9pm on Wednesday December 19 when the airport reported that flights had been suspended. At the time, Gatwick said reports had been received of two drones flying close to the airfield.

– The runway was briefly reopened in the early hours of Thursday before further drone sightings forced it to close again.

– Gatwick later said drones had been seen flying over the airport’s perimeter fence and close to the runway.

– The airport’s chief operating officer Chris Woodroofe said 120,000 passengers’ flights had been disrupted by the incident, with more travellers set to be hit on Friday as bosses prepared for the possibility of another day of no flights.

– Many inbound flights were diverted to other airports, including as far away as Amsterdam and Paris.

– On Thursday morning, police said the flying of drones at the airport was “a deliberate act to disrupt the airport”. There was no evidence to suggest it was terror-related, they added.

– Officers were working on the assumption the drone had been modified, and were looking through CCTV to identify the make and model.

– More than 20 police units from two forces were searching for the perpetrator.

– Detective Chief Superintendent Jason Tingley, of Sussex Police, said the force was following up a “number of persons of interest” in their investigations. According to reports, one line of inquiry was that a lone wolf eco-warrior was behind the incident.

– Shooting down the drone was being considered as a “tactical option” after other strategies failed.

– On Thursday night, police said there had been more than 50 sightings of the drone in the 24 hours from when the runway was first closed.

– Transport Secretary Chris Grayling said night-flight restrictions would be lifted at other airports so that “more planes can get into and out of the country”.

– Further disruption was expected on Friday as the airport runway remained closed.