Waiting time targets for cancer patients not met across Scotland 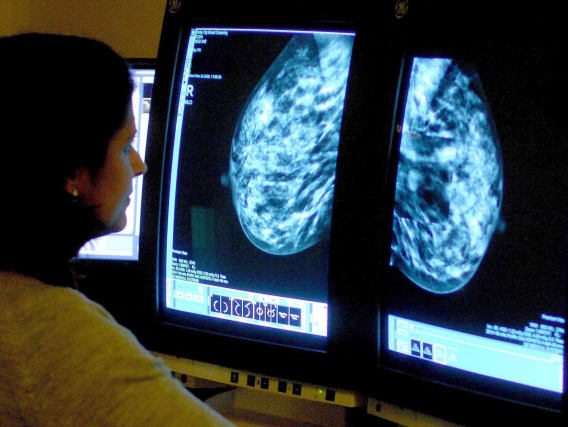 The number of cancer patients who are having to wait longer than the target of 62 days to receive treatment has increased, according to official statistics.

The target states 95% of patients urgently referred with a suspicion of cancer will wait a maximum of 62 days from referral to first cancer treatment.

However, the figures published by the Information Services Division (ISD), indicate only 81.4% of patients managed to do so – a drop of 3.2% from the previous quarter (84.6%).

The 95% target was met for the 31-day standard – which states patients must be seen within 31 days following a decision to treat to first cancer treatment – with 95.1% of patients doing so, a slight increase from 95.0% in the previous quarter.

The 62-day standard was met by two NHS Boards, NHS Borders and NHS Lanarkshire, however it has not been met at national level since 2012.

In October, the Scottish Government announced an £850 million investment under its Waiting Times Improvement Plan, which aims to “substantially and sustainably improve NHS waiting times”.

However Health Secretary Jeane Freeman said the failure to meet the 62-day target across Scotland is “simply not good enough”.

Ms Freeman said: “It’s welcome that 95% of patients were once again treated within the 31 day standard, and that once a decision to treat has been made patients wait on average six days for treatment.

“However, despite an increase of 31.6% (738) of patients being treated within the 62 day referral standard than ten years ago, performance against this target is simply not good enough.

“Recently I launched the Waiting Times Improvement Plan which, backed by an investment of £850 million, will drive down waiting times for cancer diagnosis and treatment, outpatient appointments and day case procedures.

“We are committed to significantly improving the experience of patients waiting to be seen or treated.

“I have been clear with Health Boards that achieving this will require a focused, intense programme of work that accelerates action that is already underway.”

Labour Shadow Cabinet Secretary for Health, Monica Lennon said: “Cancer remains Scotland’s biggest killer and these latest figures prove we need much more ambition and action from the Scottish Government in order to beat it.

“People living in our most deprived communities continue to experience the worst outcomes. This is not an inevitability; the right public health policies and targeted investment will save lives.

“Earlier detection and faster treatment are key to this and the Health Secretary must urgently fix the staffing crisis in the NHS and end delays.

“Scottish Labour is calling on SNP Ministers to use the budget to reduce cancer waiting times so that if your GP suspects cancer you get swift access to diagnosis and treatment.”

Scottish Liberal Democrat health spokesperson Alex Cole-Hamilton added: “These results are an absolute disgrace. No one should be forced to endure such a prolonged period of anxiety and long waits could jeopardise patients’ chance of recovery.

“This Autumn, SNP ministers admitted that they don’t expect to meet this target until 2021. Scottish Liberal Democrats demand better.”

Gregor McNie, Cancer Research UK, said: “It’s worrying these targets are still not being met. Waiting for treatment to start is an anxious time for patients and these delays are far from acceptable.

“We know some progress has been made and we’re pleased to see the Scottish Government has committed to improvements through its Waiting Times Improvement Plan.

“Cancer services in Scotland are struggling to cope as every year more people are referred for diagnostic tests. Staff shortages remain a serious concern.

“Swift action from the Scottish Government is now needed to ensure there are enough staff in Scotland to deliver the vital tests people need.”