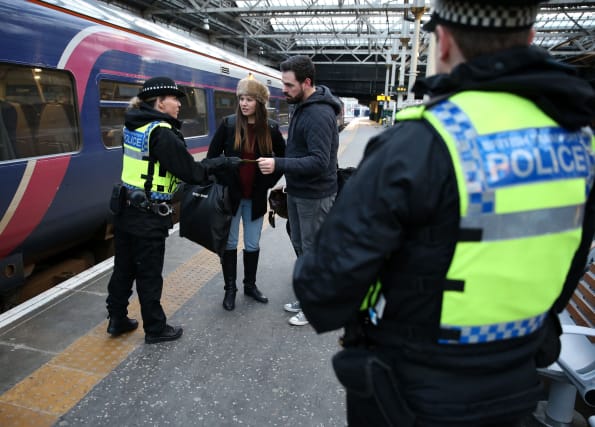 Scotland’s Justice Secretary is looking at alternatives to controversial plans to merge Police Scotland and the British Transport Police (BTP) north of the border.

Humza Yousaf told a Holyrood committee that government officials had been working with both organisations on possible options ranging from voluntary information sharing to new governance set-ups.

He said a meeting including both organisations, their oversight bodies, the department for Transport and Audit Scotland, last month resulted in the “general consensus” current legislation could be used to strengthen the role of the Scottish Police Authority (SPA) in overseeing railway policing in Scotland.

The Railway Policing (Scotland) Bill paving the way for a merger was passed in June 2017, despite criticism from opposition parties, the unions and others.

Integration was originally due to take place in April 2019, but the timetable was delayed and in September Mr Yousaf said the legislation might never be enacted.

In a letter to Holyrood’s Justice Committee, he said: “My officials have been working with stakeholders to explore further the options for enhanced accountability to the Scottish Parliament.

“Last month’s event demonstrated a general consensus among stakeholders that legislation currently in force could be used to create an arrangement that facilitates a stronger oversight role for SPA in relation to railway policing in Scotland.

“Both the SPA and British Transport Police Authority have committed to exploring that option further and discussing how it might work in practice.”

He said he remains committed to keeping the commencement date of the Railway Policing (Scotland) Act “under review” and integration of the services is the government’s long-term goal.

He added: “However, I recognise that BTP staff and officers in Scotland deserve clarity and stability going forward and I am confident that exploring the above mentioned arrangement in further detail will provide a viable medium term option to enabling governance and accountability of the delivery of railway policing in Scotland.”

Opposition parties called for the government to scrap the merger plans in full.

He said: “The public, experts and officers themselves have always been opposed to this ideological move from the SNP government.

“It is welcome Mr Yousaf has finally recognised the plan to merge is a non-starter and is now pursuing alternatives.

“The SNP government must now take the possibility of a merger of BTP and Police Scotland completely off the table.”

His Liberal Democrat counterpart Liam McArthur accused the government of having “dismissed out of hand” proposals “less risky” than the merger.

He said: “That decision cost millions of pounds and alienated the very staff who would be needed to make the policy a success.

“For BTP officers and staff the future remains uncertain. The Justice Secretary should ditch the original plan, given two years of work has shown it to be unworkable, and focus instead on the other viable options for the future of this service.”