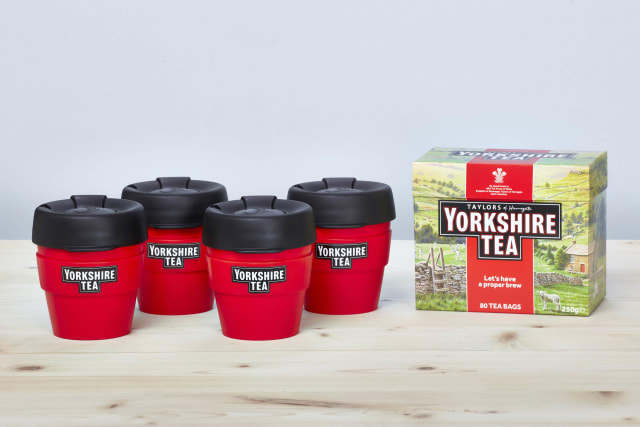 Yorkshire Tea’s new biodegradable tea bags have left customers stewing – after they complained the flimsy bags were ruining their cuppas.

Tea lovers contacted the company in despair, reporting that the once-reliable tea bags were splitting in their brews.

Football pundit Darren Fletcher was among those to make his views known, tweeting: “Shocking developments this morning in the Fletcher household – the normally reliable & excellent @YorkshireTea (Gold) is shambolic. Every tea bag we have used has split. Dodgy box I reckon or is it new paper? Things may never be the same again!!!!”

One Twitter user joked that the problem was causing “much moodiness in the morning”, while another said: “I’ve been drinking your tea the last month or so (having been a Tetley drinker all my life) and I really enjoy the taste… what I don’t enjoy is the number of split teabags that I’m getting. Every third or fourth bag splits.. what’s that about?”

Yorkshire Tea responded to the criticism on the social network, apologising for the issue.

Replying to Mr Fletcher, the company said: “Yikes – sorry Darren! Yorkshire Gold has switched to biodegradable bags, replacing the oil-based plastic that used to seal them.

“It’s early days so we’re very keen to hear feedback. Fancy telling our customer services team at hello@yorkshiretea.co.uk so they can put this right?”

Earlier this year, the tea-maker announced that it was beginning to introduce renewable and biodegradable tea bags using a plant-based material for sealing.

The aim was that all tea bags would be biodegradable by the end of 2019, it said.

“It doesn’t have any effect on the tea’s flavour or its shelf life and won’t cost you any more to buy,” the firm promised.