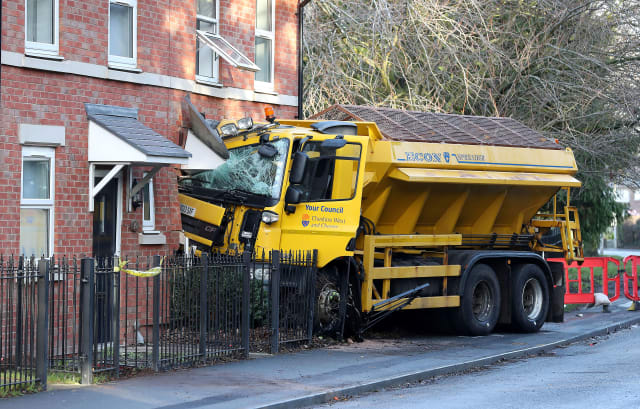 A road has been closed in a small Cheshire village after a gritter lorry ploughed into a house in the early hours of the morning.

Police were called to Chester Road in Helsby at around 1am on Monday to find the yellow lorry wedged into the address on the end of a terrace.

Cheshire Constabulary said the driver of the vehicle was taken to hospital as a precautionary measure but is not believed to have sustained any serious injuries.

The force added that all the occupants of the address are safe and well, have been temporarily rehoused with friends and family.

The A56 in Helsby is currently completely closed as a result of the collision and diversions are in place via the M56.

Anyone with any information on the collision is asked to contact Cheshire Police.

A spokesman for Cheshire West and Chester council said it would be commenting on the incident on Monday afternoon.